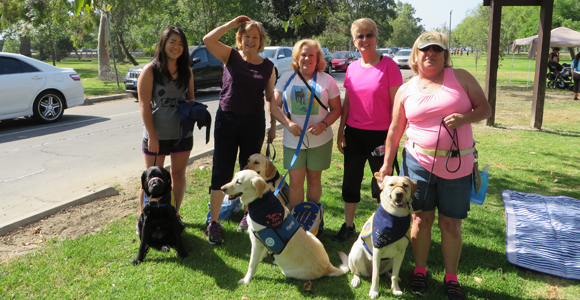 The following is a guest post from Starkey hearing aid wearer Rama Treat Morris and appeared in the Oct. 2014 issue of Innovations.

Memory sure gets distorted throughout the years! I truly thought that my first hearing aid was absolutely huge, but it really was only two inches high, one and one-fourth inches wide and about one-half inch thick. In order to use it, one end of the cord, which was about 14 inches long, was attached to the hearing aid, and the other end of the cord was attached to a big bubble-type plug that held the earmold. Even though I see now that the hearing aid had a clip on it, I had to wear the hearing aid in a harness underneath my clothes. I could only hear my clothes rubbing against the hearing aid, and I was a pretty active kid. Since I was told that I had to wear the hearing aid to school, I began to wear only the cord and plug/earmold in my ear, and I would leave the actual hearing aid at home. So not only could I not hear well anyway, I was also blocking one ear from being able to hear.

Teachers alerted my parents of my hearing loss when I was in kindergarten. At that time, teachers tried to make sure that they talked louder to me and that I was looking at them. My mother started working when I went into third grade and that was when my parents were able to buy both my mom and me our first hearing aids. My mom got hearing aids in her glasses, and I got the Zenith hearing aid.

The first hearing aid that I actually wore every day was a behind-the-ear (BTE) hearing aid when I was in seventh grade and was 12 years old. From that point on, I always wore a hearing aid. After graduating high school, I went to a junior college and began to notice, perhaps for the first time, that I really needed to look at people to understand what they were saying. When I was 20 or 21, my hearing dropped significantly. My father, who was also hearing impaired by that time, told me that I should not wear two hearing aids because of the stigma, even though both my mom and I had been wearing hearing aids for years! When I was 26 and going through the worst period of time in my life, my hearing loss increased dramatically and progressed to the point where I absolutely needed to wear two hearing aids in order to work and have a productive life.

In 1979, when I was 28 years old, I started working for Beckman Instruments. Beckman had a snow ski and water ski club. Once a month, the Ski Club had meetings at a local hotel and a dance afterwards. Once a month they also had either a snow ski trip or a water ski trip. My roommate Dianna started going to the meetings and trips and wanted me to go too. After turning her down several times because I was not comfortable in groups of people, I finally went with her and met several really nice people and started going to the snow ski and water ski trips. This is where I met my husband, Tom. He was familiar with being around people with a hearing loss because his father, Jimmy, had a severe hearing loss, as did his father’s brother. In the Ski Club, Tom began to make sure that people were told that I was hearing impaired and not rude. There was a real comfort level being around someone who understood not only me but also my family. Tom and I became friends, started dating in 1981 and married in 1985. To this day, we are not sure how we got married because neither one of us actually proposed to get married!

Every year around March or April, and especially in the month of August, I would have more than my usual difficulties hearing because of allergies or sinus problems. Since I worked at Beckman in Fullerton, California, I met with Dr. Krivitsky in April 1995. After the visit with him, I received a hearing test from Dennis Van Vliet. As I recall, that day I was very teary and discouraged about my progressive hearing loss and my ability to navigate the hearing world at work and in my daily life. Dennis did my hearing test, and we discussed trying out different hearing aids that might be better suited for my hearing loss at that time. He gave me his business card to make an appointment at his office in Yorba Linda, California. In August 1995, I was having my usual “August hearing woes,” and I pulled out the card and said to my husband, “I am going to make an appointment with the guy I saw at Dr. Krivitsky’s office. I don’t know how to pronounce his name though.” I showed my husband his card and he said, “I know – Dennis Van Vliet!” Tom told me that he and Dennis worked together at Disneyland and that he really liked Dennis and that Dennis had actually tested his hearing at one time. Thus began our almost 20 years of hearing aid professional services and hearing aid purchases. In addition, Dennis helped me complete my B.S. by filling out and signing form letters to the University of La Verne for my hearing needs for a “Note Taker” and/or an Assistive Listening Device.

As a long-term hearing aid user from a family in which four out of five members wore hearing aids, this is what I have always appreciated about having Dennis Van Vliet as my audiology and hearing aid professional:

First and foremost, and I cannot stress this enough, he listens. He has always listened to my concerns when I tell him what I like or don’t like about the settings on particular hearing aids. He takes all the pluses, minuses and new technology into consideration and has always really worked with me to tweak the aids according to my real-life listening comfort level. I can’t count the times that a hearing aid professional did not listen or validate my concerns about how I was hearing with particular hearing aids. I have tried out hearing aids in the past and was told that I needed to live with certain settings (no volume control on the hearing aids, compression that drove me crazy, needing a remote to answer the phone and that if I did not like the hearing aids I had a problem). Dennis has always listened and worked with me to make my hearing aids work the best they can for me.

Waiting for days or weeks to be able to hear is not an option in real-life situations when a person needs to work or interact. Sometimes it takes testing the hearing aids in several situations to be able to tell what is working and what is not working. We discuss environments that worked for me and those that did not work for me. He is able to tweak the hearing aids so that they are at “my hearing,” which I am comfortable with and feel that I can adjust them to any situation I find myself in.

I absolutely love the new Starkey 3 Series™ i110 hearing aids I received last December. I don’t understand the technology, but I sure love all the wonderful features. I still amaze Tom often when we are at home or driving in the car or out and about in our daily lives. I’ll ask, “Tom, what is that sound that I am hearing?” and it happens to be something that he can’t believe I can actually hear. The more time that goes by, the more it seems that I am able to zero in on a sound that I have not been able to hear before.

Here are a couple of other examples of situations that have been easier with my 3 Series hearing aids and SurfLink® Mobile:

My niece and nephew and their spouses went to Disneyland and called us and told us to meet them at Downtown Disney for dinner at the Rainforest Café. Ordinarily I would stress out, fight to hear every second while in such a loud place and request a table next to a wall. Since we had so many people, we had to take what we could get in the center of the room. My niece and Tom commented that I seemed to be doing really well hearing in this loud environment, which surprised them. I told those at the table that I had new hearing aids, and I felt like I was doing well also.

How great is SurfLink Mobile?! Amazing! It can let me know when the phone rings, and I can answer it without touching the phone!