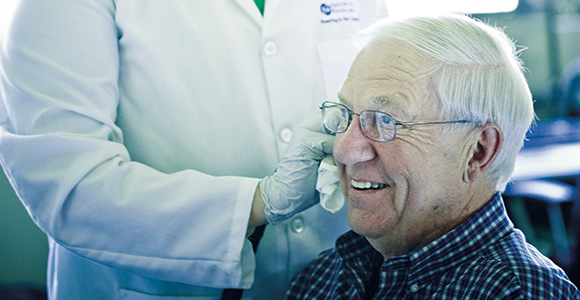 For the past few months, I’ve been reading quite a bit of early literature about how hearing aids have been fitted over the years. To my surprise, I found that some kind of fitting instrument or device has been routinely used throughout the decades by hearing aid professionals as amplification technology developed. From the invention of the first hearing aid in 1902 up until the 1980s, nearly every hearing aid was sold and fitted by hearing aid dealers. The manufacturers developed master hearing aids, machines that allowed dealers to select and try out different amplified responses.

The earliest hearing aids (1920s) used parts developed for telephones with batteries added for amplifying the signal. The main components – microphones, receivers and booster/amplifiers – were connected to each other by cords, and the instruments were worn on the body. Each component had a different resonant frequency, and by assembling an appropriate combination, an additive frequency response could be developed. Companies usually manufactured only one model then, so large numbers of components weren’t needed. The master hearing aid held all the main parts, and the dealer tried different combinations until satisfaction was reached.

In the late 1930s, companies began to manufacture hearing aids using the vacuum tube technology developed in radios and abandoned the older carbon-era telephone assemblies. Aids were still worn on the body, with the various parts connected by cords, but the amplification they provided was substantially improved. New vacuum tube-based master hearing aids were developed, and the practice of trying out different parts and components until the patient heard best was still relied on. The dealer could order a hearing aid from the manufacturer with the same combination of components the user preferred, but one-to-one correspondence of parts was not a guaranteed outcome. This method of fitting, which I call the “the substitution method,” continued until the introduction of transistor hearing aids.

During the 1930s, there were four main manufacturers that accounted for most of the sales, along with a handful of smaller companies. It is estimated that in 1937 only 50,000 hearing aids were in use in the U.S., but by the late 1940s, there were over 100 large and small companies making hearing aids, and annual sales had grown to over 220,000 units in 1948.

With the emergence of transistors and ear-level hearing aids in the early 1950s, hearing aid sales boomed, and any number of companies entered the marketplace. Along the way, new transistorized master hearing aids were developed. The old substitution method disappeared, and instead the patient listened to speech tests while the dealer switched between various amplified responses at the different gain and output settings provided by the master hearing aid. The test findings were used to select a hearing aid, usually from the dealer’s inventory, that matched as closely as possible the response, gain and output values best for the patient.

It may come as a surprise that the computerized fitting software we use today at Starkey Hearing Technolgies (Inspire) is a modern elaboration of the traditional master hearing aid. It is the direct descendant of three computer-based fitting systems that emerged in the 1980s. First, when Starkey Hearing Technologies revolutionized the hearing aid world by popularizing the custom aid, the performance of each aid was selected by proprietary computer-mediated fitting algorithms developed within the company. Our computer facilitated fitting software prescribed the appropriate circuit and transducers to be installed based on the patient’s pure-tone thresholds.

Although the fitting procedures used in conjunction with master hearing aids have changed dramatically over the years, one constant characteristic has remained the same. We still ask the patient, as we did in the earliest days, “How does it sound?” to confirm a good fit. This speaks to the difficulty in establishing an objective criterion for fitting acceptability, despite today’s formidable advances in fitting protocols.

Share you stories about hearing aid instruments you have used with us!