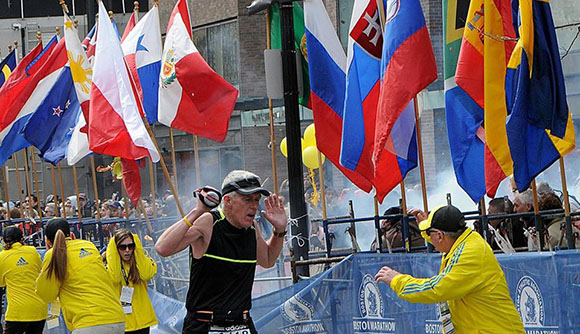 Like nearly everyone in the country, our attention and thoughts were with the cities of Boston and West, Texas last week as they dealt with the marathon bombing and fertilizer plant tragedies. At last count, nearly 264 injuries and three deaths have been reported in Boston, while 14 died and more than 200 were injured in Texas . These numbers have risen over the past few days with many of these injuries being hearing-related.

We talked to Harvey Abrams, Director of Audiology Research with Starkey Hearing Technologies, about some of these hearing injuries. Before working for Starkey Hearing Technologies, Abrams spent 35 years working for the V.A., helping veterans with hearing damage. Abrams noted that many of the injuries he is learning about are similar to those associated with blast injuries he saw in Iraq and Afghanistan.

"Some damage will likely occur to inner ear structures (hair cells) resulting in temporary or permanent sensorineural hearing loss of varying degrees but most likely affecting the high frequencies."

Boston's MPR station, 90.9 WBUR spoke with Dr. Alicia Quesnel, an ear specialist, who treated more than a dozen marathon bombing victims with hearing-related injuries. "Most of the injuries that I’ve seen have been problems with hearing loss and then problems with ruptured ear drums or holes in the ear drums that have been created literally from the blast traumas," said Dr. Quesnel.  "And there have been a lot of patients who, unfortunately, are missing parts of the ear drums or there are large tears in the ear drums. That’s mostly what we’ve been seeing, and they have hearing loss as a result of that."

You can read the entire interview with Dr. Quesnel here.

In an effort to help those who may have been affected by these tragedies , the Starkey Hearing Foundation has offered free assistance and if needed, free hearing aids. For more information, call 866.354.3254 or email  info@starkeyfoundation.org.