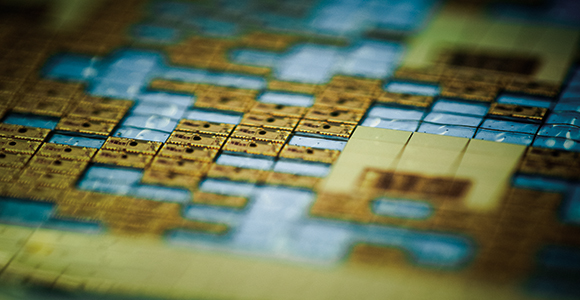 The following article appeared in the July 2013 issue of Innovations, our quarterly publication for hearing industry pros.

Everyone talks about innovation – even President Obama, who used the word “innovation” nine times in his 2011 State of the Union address. Very few people, however, have tried to implement an innovation process. Even fewer have been successful at that implementation. And the fewest number of people of all have worked to try to understand what the nature of innovation is. Those who have did so by analyzing historical innovations to determine how and why innovation happens. Clayton Christensen did by analyzing industries that underwent disruption, and he documented his findings in the now classic book The Innovator’s Dilemma.

An ambitious attempt is currently underway on the other side of the country from Christensen, where teams of researchers are attempting to understand what causes innovation by analyzing the top innovations that have happened since the dawn of man. This work, called the Innovation Genome Project, is headed by Bill O’Connor, the head of corporate strategy at AutoDesk, a company whose computer-aided design software is a key tool being used to develop many current and future innovations.

I recently met Bill O’Connor at the AutoDesk Gallery in downtown San Francisco, where he talked about the Innovation Genome Project. The goal of this project, being executed by many MBA students and that will take several years to complete, is to identify the 1,000 most important innovations in history and then find the common underlying reasons that these innovations came into being. These common causes, once identified, will be the fundamental makeup of how innovation occurs – the DNA or genetic makeup that defines the essence of breakthrough innovations.

So far, this team of researchers has succeeded in identifying more than 100 fundamental breakthrough innovations that have affected humanity (e.g. fire, the airplane, democracy). After considerable analysis of the historical situation in which these innovations occurred, they have so far identified seven fundamental questions that could be responsible for the insight that created these innovations. These seven questions are the currently identified “genes” that are the building blocks to all innovation (see http://bit.ly/ZQHb2O for details on what these questions are).

Bill O’Connor has worked with Fortune 500 companies and institutions to apply the Innovation Genome Project to their innovation process. I asked Bill what was the biggest challenge to innovation that he’s found so far. His answer was simple: execution. The Project’s Seven Questions is a great tool for identifying many ideas that may lead to innovation, but management still have to then take the risk to investigate and test those ideas – to apply the resources to turn an idea into action. This is where most people stumble with innovation – a reluctance to pursue an idea that isn’t obvious and something that customers aren’t asking for. Of course, any ideas that are obvious almost by definition are not innovations because someone would have already done them!

So despite all of this effort to identify the fundamental building blocks of how to innovate – the DNA of innovation – success with innovation still comes down to taking risks by trying new ideas to see if they work. It’s about having a culture that accepts risk and possible failure, a culture that supports the hard work to keep tweaking an idea and trying it again until it works. Ultimately, that is the real DNA for innovation success. As Thomas Edison famously said when asked about all of the failed results that littered the pathway to his eventual innovations, “I have gotten a lot of results! I know several thousand things that won’t work.” Ideas are easy; execution is hard. Take risks; try the non-obvious; repeat.