Innovative ideas often come from seeking unexpected connections. It happens when intelligence unites with curiosity to look broadly. When the mind is open and receptive to unfamiliar and foreign concepts, the imagination is free to formulate impactful visions. Throughout his more than 50-year career, Ervin Hafter, Ph.D., Professor Emeritus of Psychology at UC Berkeley, has made many influential contributions to hearing science by exemplifying these characteristics. In the last decade, he has also made a mark on research in hearing aids in collaboration with the Starkey Hearing Research Center.

Several characteristics of Professor Hafter’s approach to doing science have led to his seminal contributions. First, he started applying a cognitive perspective to hearing science when few others were approaching research questions that way, leading him to shed a different light on important problems in hearing science. This approach was possible because he has a deep knowledge of a wide variety of topics in psychology and cognitive science. His expertise in these fields might be attributed in part to his doctoral training at the University of Texas with the colorful Lloyd Jeffress, a giant of psychological science. But equally, credit for his deep and wide knowledge can be attributed to his curiosity, open-mindedness, and characteristic problem-solving approach. 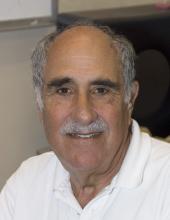 Professor Hafter’s curiosity and open-mindedness are exemplified in the Ear Club, a seminar series he has hosted at UC Berkeley for more than four decades. The Ear Club is characterized by the broad range of topics spanning the full spectrum of problems being addressed by hearing researchers, the illuminating discussions, and the warm hospitality displayed by Professor Hafter.

A second characteristic of Professor Hafter’s contributions is the imaginativeness of his experiments. They are typically quite simple, capturing the essence of a problem in the manner that physicists do, yet interpreted with the care required when studying the diversity of human experience.

Professor Hafter’s characteristic approach was in evidence in the conception and execution of his seminal study, which focused on how noise reduction in hearing aids can reduce cognitive effort. The study measured the cognitive effort of listening to speech in a noisy background using clever dual-task experiments. The effort of listening was deduced by how well participants did on a simultaneous second task – the better they did on the second task, the less was the cognitive effort of the listening task. The initial impetus for the work arose from chance observation by Professor Hafter (made while visiting the laboratory of famed hearing aid researcher Professor Harry Levitt) that some audio processing in hearing aids may make listening less effortful without improving speech understanding.

Professor Hafter’s contributions to the field of hearing science was honored with a special full-day session titled “The Ear Club: Honoring Ervin R. Hafter and His Contributions to the Study of Binaural Processing and Auditory Cognition” at the Acoustical Society of America’s fall meeting in San Francisco on December 5th. Over a dozen of his former students, collaborators and colleagues from around the world presented current findings in areas of research to which Professor Hafter has made significant contributions. Research conducted at Starkey Hearing Technologies was also presented in this session, in a contribution titled “Spatial release of the cognitive effort of understanding speech in multi-talker environments.”

Starkey Hearing Technologies researchers look forward to more impactful findings that make a difference in the lives of people with hearing loss resulting from their ongoing research collaborations with Professor Hafter.