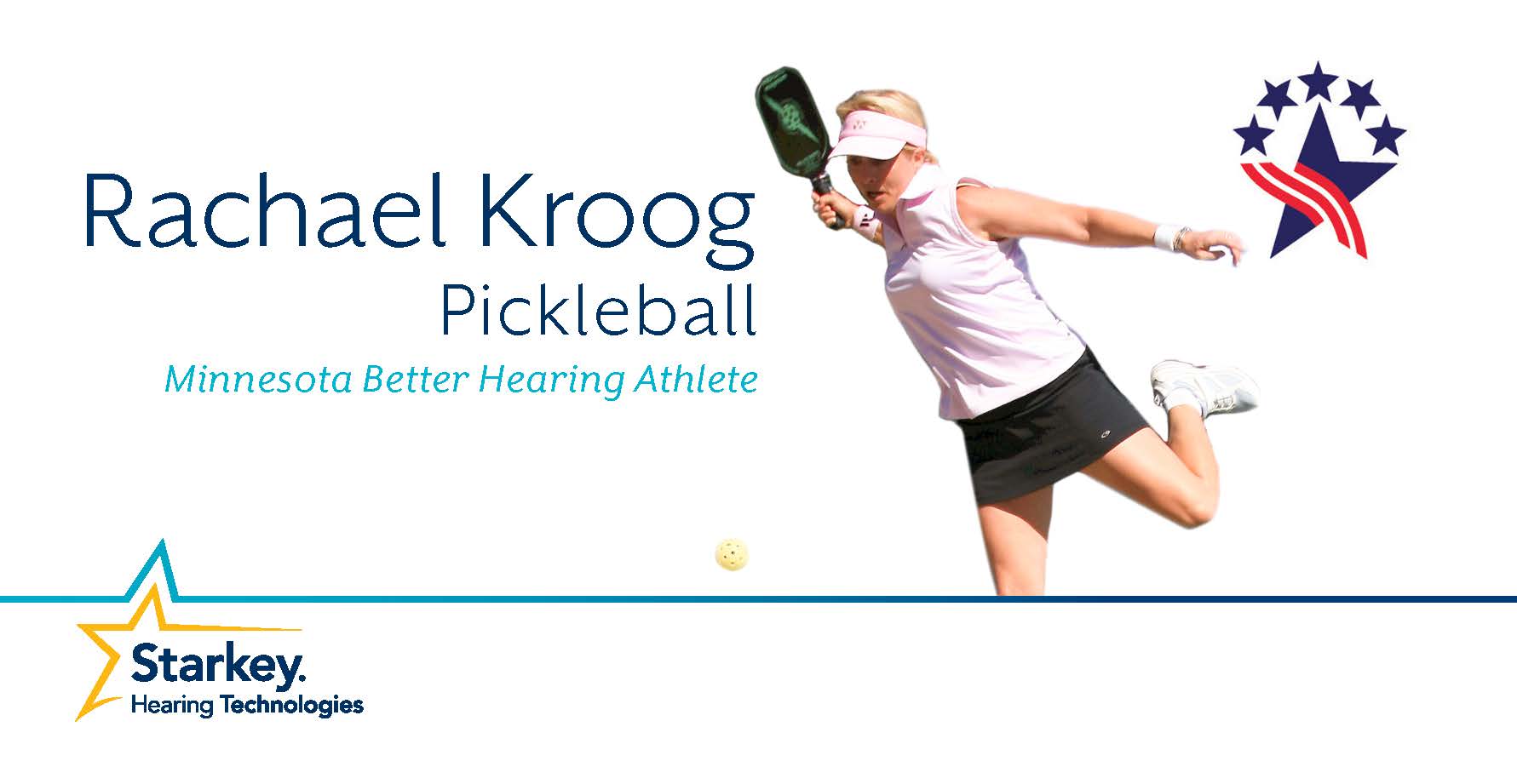 Rachael Kroog, 54, didn’t know what Pickleball was until five years ago when her then 79-year-old father said he couldn’t play tennis anymore but not to worry because he’d found another sport they could do. “All I could think was 'What sport can you pick up at 79?'” Kroog said.

Now, Kroog has won over 50 medals, competed and won state games across the country and holds a National Singles Championship title. “I started playing with my dad and wasn’t sure about it but then I just really got into it.”

Kroog plays both singles and doubles, and at the 2015 National Senior Games this July, she will compete in both the Mixed Doubles and Women’s Doubles events. This will be her first National Senior Games. “The first year they even included Pickleball was 2013,” Kroog said of The Games.

But what makes Kroog unique is how her hearing loss has affected her interactive music and live animal performances, called Kidpower with Rachael, which portray the power to be kind to one’s self, to others and to the planet, and encourages children to embrace differences.

At 3-years-old, Kroog was told she had 90 percent conductive hearing loss that would require surgeries and speech therapy. Tubes were inserted into her ears but constantly fell out.  She got by without hearing aids for a long time but said that she’s had difficulties with her work onstage and performing. The frustrations of not being able to follow conversations have also gotten increasingly intolerable, and she recently noticed she’d started to limit social interaction.

“I work with kids a lot and like to call them by their name,” she said. “If I’m performing for an audience of kids in an elementary school gym and ask someone their name but don’t get it right away, it’s frustrating,” she said. “And once you ask, you have to say the name, and say it right...if I miss it, the kids will all say “No!” and then correct me. It’s humbling and embarrassing.”

Kroog also said she avoided hearing aids due to the negative stigma surrounding them and out of fear of becoming overwhelmed with sound. She said that because the world, especially the city, is such a noisy place, she was afraid of not only amplifying the things she wanted to hear but also everything else she didn’t.

Despite her reasoning above, Kroog decided to pursue hearing aids because she was not only tired of getting frustrated at work but also of avoiding social events and suffering from listening fatigue.

In early April, Kroog was fitted with invisible-in-the-canal (IIC) SoundLens2 hearing aids. These are the first hearing aids Kroog has ever worn, but she said she hopes they will help her tune into more conversations, hear herself better musically and will alleviate some of the exhaustion from listening and interpreting.

After a week with her new hearing aids, Kroog already noticed a difference. “I am happier than I even thought I’d be with my newfound hearing,” Kroog said. Her hearing aids, she said, have allowed her to hear voices and conversations easier than before—she had to tell her nieces to speak softer. Some of the teenagers she mentors have also noticed her improved hearing. "They've noticed I haven't been asking “what?” as much," Kroog said. And in addition to human voices, Kroog’s hearing aids have enabled her to once again hear sounds she didn’t realize she was missing including footsteps on the pavement, the crinkling of aluminum foil and glasses being placed on quartz countertops.

Watch Kroog compete July 10, 12 and 14 at the National Senior Games.