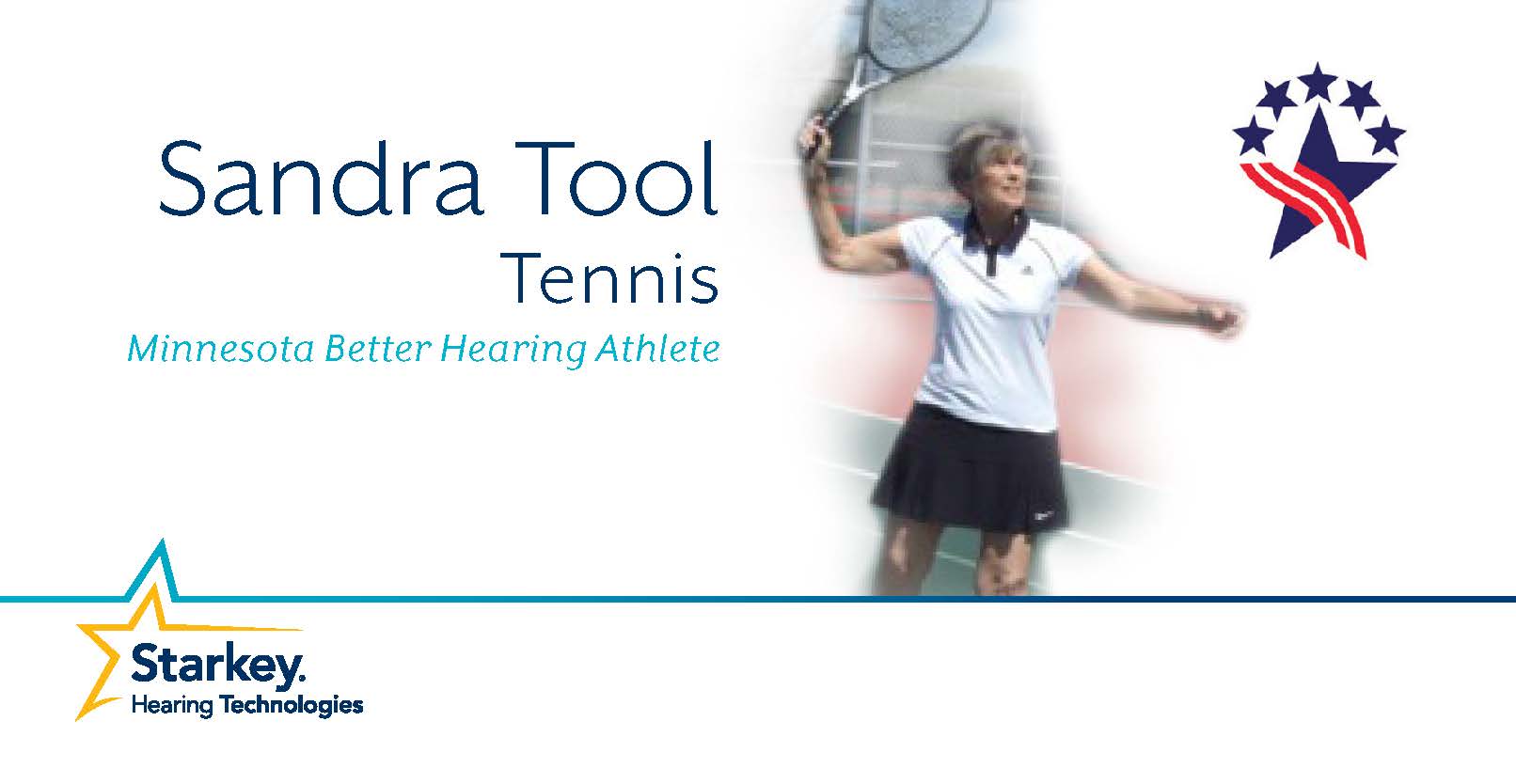 “One of the reasons I decided to go to the games was my brother,” Sandra said. “He had just bought a new bike and was training for the Senior Games in Albuquerque hoping he could come to Minnesota for the National Senior Games and spend time with me and our sisters.” Sandra’s brother, Jerry Brenden, 75, was biking on Labor Day last year when he hit a parked car as he was passing it, fell and suffered fatal injuries.

“My mom played tennis as did my sisters and now my husband has a passion for it so we play with each other a lot,” Sandra said of her history with tennis. “My sister was good, ”When she was a teenager, my husband and I would take her to tennis tournaments, and I even played doubles with her once. “But it’s never been about competing in tournaments for me, just about playing.”

In 2014, Sandra made it to the finals in the 2014 Minnesota Senior Games in the Women’s 70 Singles division and she and her husband played together in the Mixed 70 Doubles division. This year, she hopes to use the National Senior Games to see just what she can do against more competition.

“It’s going to be more exciting with more people competing,” she said.  “I had only three in my category last year at the Minnesota Senior Games. My husband, Jim, chose not to play this year.

But for Sandra, tennis isn’t everything and recently she’s noticed that hearing loss has made some things difficult. “I’m turning up the volume on the TV, and asking my grandkids to repeat themselves,” she said. “It’s just a general feeling of not being a part of everything, and a lot of the time I don’t hear things or miss them and just brush it off.”

Sandra was recently fit with Starkey Z Series hearing aids that help her catch the sounds she is missing by making them louder and sharper. Some of the differences Sandra has noticed include hearing the washing dryer buzzer clearer from a distance, lowering the volume while watching TV and hearing well in church. She also found that it is easier to hear conversation when wearing her hearing aids versus without them.

“It is a new routine and requires some care, but I think I will be very pleased with the new ability to hear,” Sandra said.