Aid the Silent Comes to Starkey 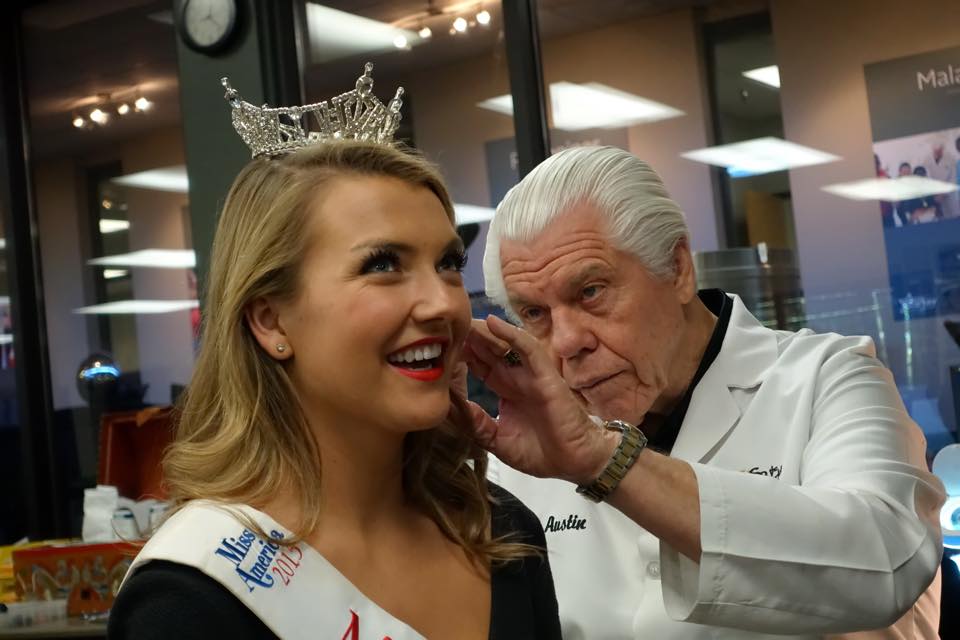 Audiologist Suma Khahil’s office seems smaller than normal, though there are now four people packed into the rectangular room that should usually fit two or three. A young woman sits anxiously in the chair across from Suma, brand new Halo hearing aids in her ears. Suma syncs up the hearing aids to the computer and turns on the volume.

Emma Faye Rudkin had come to Starkey in Minnesota for what we hoped would be the best hearing she could get. It was an all-day process, but the moment we turned her Halo hearing aids on for the first time, the world stopped. Tears of pure joy spilled from her eyes as new sounds entered her ears for the first time. I've been in the Center For Excellence before, have seen others be fit and felt the happiness as they smiled with newfound hearing, but Emma's reaction was so raw, so pure, and in a way, I was not prepared for it.

Tears of joy are a rare but beautiful thing, and while they were quickly overpowered by infectious laughter and beaming smiles, those 50 seconds of uninhibited emotion showed just how powerful and precious hearing truly is.

Where It All Began

At 19, no one expects you do anything more than have a great sophomore year of college, stay out of trouble and choose your major. Emma Faye Rudkin on the other hand is not your normal 19-year-old college student.

Best known for the now viral social media campaign #ShowYourAids, Emma is the co-founder of Aid the Silent, Miss San Antonio 2015 and is majoring in communications at the University of Texas San Antonio. Lately, she’s spent every weekend traveling to sing, speak and help raise awareness for Aid the Silent in an effort to educate others about hearing loss, hearing aids and help inspire children and young adults to be the best version of themselves.

She is also legally deaf and wears hearing aids.

“I didn’t know I was different when I was little,” Emma said of having hearing loss and wearing hearing aids. “But as I got older, I started to notice what others were saying and became very self-conscious, depressed and angry.”

“I didn’t believe it at first,” Kathy said of Emma’s hearing loss. “One of her preschool teachers had told me she suspected Emma might have a hearing loss after class one day. So we did our own “unofficial” testing at home. We had her walk away from us and stop when we said “Stop.”  She did this easily in a quiet environment, so we didn’t think anything was really wrong. However, we noticed in a noisy environment with the TV going and the baby crying, she did not respond to us.”

Soon after, Kathy took Emma to a hearing professional, where Emma was placed in a sound booth and asked to put colored blocks in a bucket when she heard a sound through a speaker system in the booth. “I was sitting outside the sound booth watching through the window while a second audiologist was inside with her. She would place the blocks up to her ear thinking the sound was coming from the block. The sounds became louder and louder to the point I could hear them outside the booth and Emma would just sit there with the little block still at her ear waiting for the sound,” Kathy said. “It was so loud that it was easily heard outside the booth, but she wasn’t hearing anything, very few blocks were dropping.”

Emma had her first pair of hearing aids at just 4 years old. Doctors told Kathy that Emma would never be “normal” or be able to function normally in school, but Emma’s parents put her in mainstream school and never allowed her to view herself as disabled.

It wasn’t always easy though.  She had speech therapy for 10 years, something you would never know with the eloquent way she talks today, and getting all the information at school was hard. “From a very early age, I felt it wasn’t fair that my friends had it so easy … that they could hear and that I was missing all the information,” Emma said. “I can still remember sitting in front of the mirror and imitating my speech teacher; what she was saying and how she said it. I’d put my hand on her throat and try to feel and memorize the vibrations, the way the sounds should feel when I formed the words.”

Emma’s struggles with her hearing loss made her angry, sad and self-conscious. She questioned why she had been given “broken ears.” At 14 though, Emma said a camp and discovering music changed everything.

“I was transformed,” Emma said of her time at Camp Travis. I found freedom in that moment. Hearing loss had made me who I was, but it wasn’t going to define me anymore.”

A fresh perspective encouraged her to do two things: to pursue her passion for music and to work towards helping others with hearing loss. “Camp had shown me that my purpose is to help people in the same ways that I needed help. I felt that I needed to go back and tell others that freedom is coming, that hearing loss doesn’t have to keep you in the dark.”

Emma pushed herself to learn piano, guitar and go out for school plays and concerts. She competed in the Miss San Antonio competition and became the first Miss San Antonio who is deaf. Emma also began to talk more openly about her hearing loss and the benefits of hearing aids, and in 2013, the idea for Aid the Silent was born.

While Aid the Silent (ATS) was born two years ago, the campaign didn't really launch until earlier this January. Aid the Silent works to improve the world for those with hearing loss by promoting a positive image about hearing loss and working on programs and initiatives in four areas: education, resources, research and ministry. Since its inception in January, it has grown from a localized, small effort to an internationally trending campaign with a #ShowYourAids social media element that has kids and adults from the U.S., the Netherlands, the United Kingdom, Australia and Israel sharing selfies with their hearing aids and cochlear implants.

“If I didn’t believe in what I would be able to do one day because I’d listened to all the negative things people had said about me, then I wouldn’t be here today,” Emma said. “Now, I see all these children with so much potential who can’t tap into it because they’ve been told they can’t. They have doctors, poets and musicians inside them, but they just need someone to show them that it’s not shameful to have hearing loss and that hearing aids are a good thing.”

When Emma turned on her Halo hearing aids to be programmed at Starkey, she was distracted by a deep humming sound which seemed to be coming from the ceiling above. At first it appeared the programs needed to be adjusted, but Emma ventured outside the office to the large area where ear impressions are taken and returned with a smile. It wasn’t the hearing aids. She was hearing the air conditioning from the other room, something she hadn’t heard in a while.

Not 12 hours after wearing her new Starkey hearing aids, Emma continued to be thankful for the new hearing her new hearing aids provided. On an Instagram post, the day after Emma returned to her hometown in Texas, she thanked Bill Austin for the gift he had given her—the southern accented voice of her father.

“People have always told me my papa has a low, southern drawl. Apparently the refrigerator hums and the ice machine too. I heard these things in all its glory for the first time walking in my house just now. Bill Austin is a humble and kind man, and many said what to think of him going up there, well until you sit with a man and see his heart you cannot not judge. He is the Santa Claus of hearing aids and expects nothing back. He gave me my papa's southern drawl today. // I was marched into meetings and shared a day with people whom I had no idea who they were. I shared dreams and hopes and asked them theirs. Come to find out later... a former First Lady, a former First Daughter, CEOs, owners of Yankees and Bulls, Gulf Stream, Crate & Barrel. Isn't that how we should love all people, not looking at their pasts or big-label names but sharing that present moment and all our dreams? I think Jesus does that. // @pennyandsparrow and @drewholcombmusic I get to hear my favorites with new sounds through @starkeyhearing and I know it will rock extra tonight.”

Emma can attest to the difficulties hearing loss presents, but she can also expound upon the ethereal beauty and prowess that comes with overcoming adversity and charging forward into opportunity. I didn't have a role model when I was younger, didn't have anyone to look up to or to show me that it was ok to have to hearing aids. Emma is the role model I wished I'd had, and she is the one kids today have been waiting for. She is hope for the future, a realistic and approachable role model for children, teens and young adults who perhaps feel they have no one in their corner. She is living proof that hearing loss can be part of you, can define you, but does not have to control you.

In just 9 months, Emma has become an international female role model for teens, young adults and children alike, inspiring them with her story to stand proud, stand tall. She is approachable and real, and her life is living proof that hearing loss is not a curse but power.