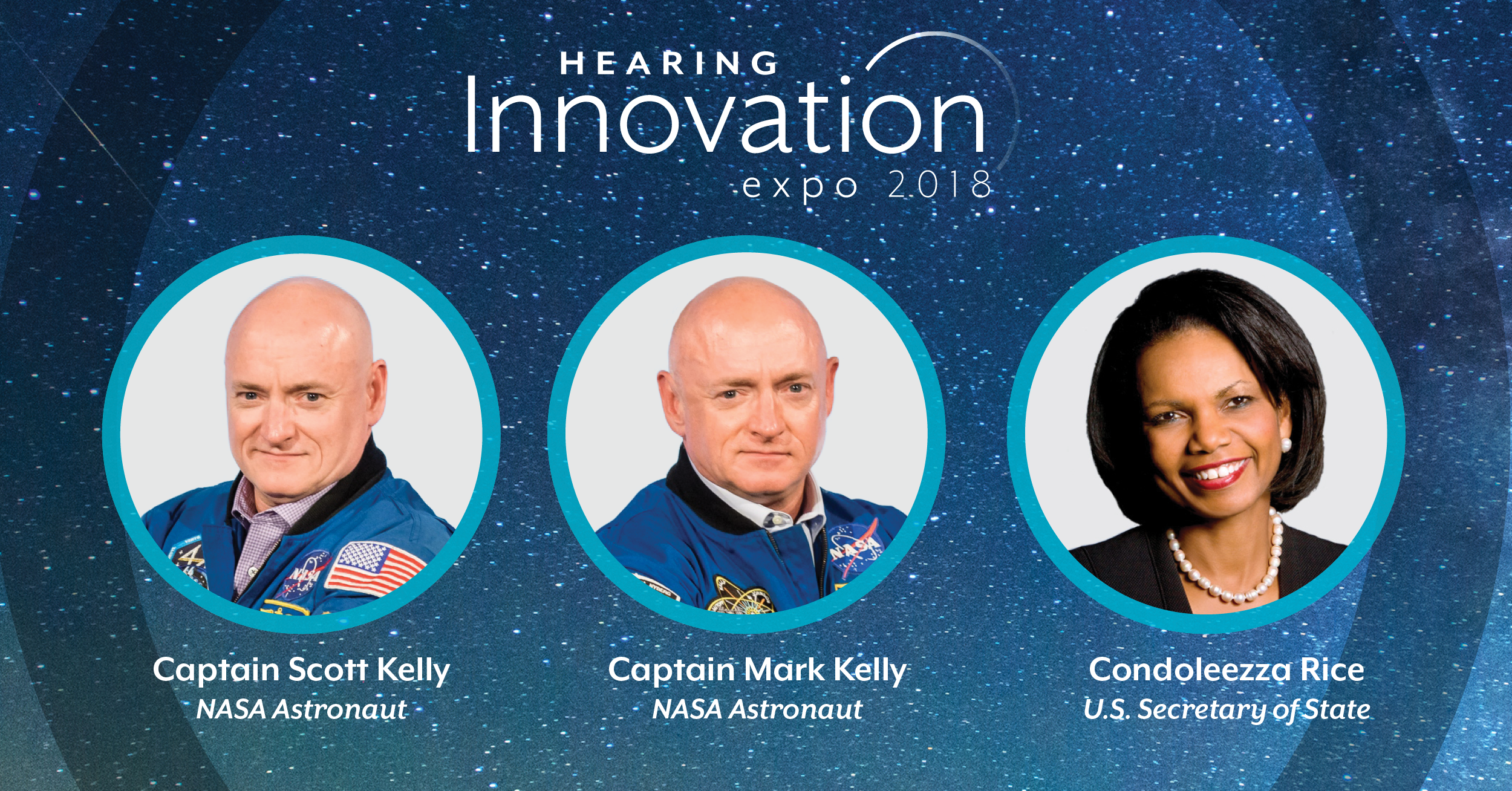 #StarkeyExpo is just over three months away, and we are gearing up to provide you with three days of educational courses specifically designed to propel you forward and raise the standard of hearing healthcare.

In addition to exposing you to our newest products, technologies and resources — which allow you to provide first-rate patient care — our keynote speakers, who exemplify our core values, will inspire you to take action, push boundaries and be bold. Are you ready?

Our true trailblazers, NASA astronauts, Captains Mark and Scott Kelly, and U.S. Secretary of State, Condoleezza Rice, are celebrated for their courageous acts, significant achievements, and creation of an influential path for admirers around the world. The shared aptitude, knowledge and drive of these renowned speakers will help you reach new heights in your industry.

Mark and Scott Kelly, the world’s most prominent identical twin brothers and authentic American heroes, captivate with super-human lessons on resilience in the face of extraordinary challenges, encouraging audiences to pursue their dreams with relentless passion, hard work and determination.

Their contributions to the future of space travel and exploration are unmatched; their influence on humanity, immeasurable.
It was Mark’s command of space shuttles Endeavor and Discovery that sparked deep pride across America and Scott’s record-breaking Year In Space that mesmerized the globe and secured their well-deserved place in history. Together, they inspire the notion of infinite possibility and the inner dreamer in us all.

Widely considered to be one of the most influential and powerful people in the world, Condoleezza Rice served as the 66th Secretary of State of the United States, the second woman and first African American woman to hold the post. She also served as President George W. Bush’s Special Assistant to the President for National Security Affairs, the first woman to hold the position.
As secretary of state and national security advisor, she pioneered a policy of transformational diplomacy and heralded the formation of new global governments based on democratic principles.

Rice is currently the Denning Professor in Global Business and the Economy at the Stanford Graduate School of Business; the Thomas and Barbara Stephenson senior fellow on public policy at the Hoover Institution; and a professor of Political Science at Stanford University.

Since 2009, Rice has served as a founding partner at RiceHadleyGates, LLC, an international strategic consulting firm based in Silicon Valley and Washington, D.C. The firm works with senior executives of major companies to implement strategic plans and expand in emerging markets.

Recognized for her courageous efforts to foster worldwide freedoms for all people, Rice has proven to be a significant leader during a time of unprecedented and tumultuous world affairs. Her great love of America and her faith in its core values are the foundational strength of her presentations.