When (and how)) do you intervene on behalf of patients with suspected dementia? 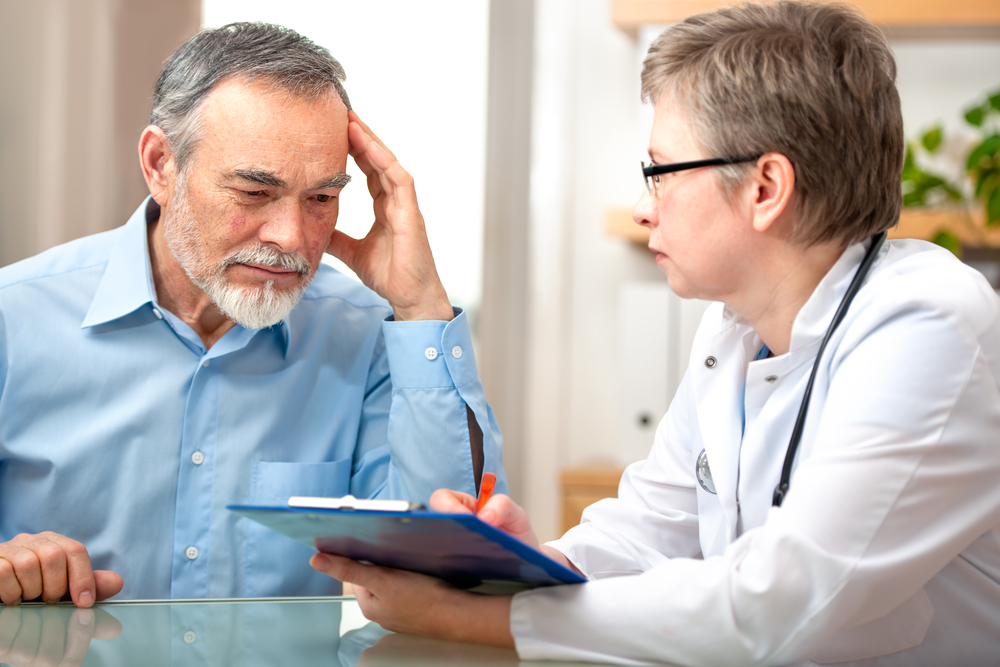 The other day after work, I stopped by a local shopping mall to pick up an item I had in for tailoring. It was mid-week, and there wasn’t any problem with parking. I parked near the escalators serving the end of the mall where I needed to go. Traffic and parking can be bad in West Los Angeles, and I was intent on getting in and out quickly to avoid some of the rush. As I walked toward the escalator, I noticed a well-dressed woman, probably at least 80 years of age, standing still on the walkway. I made eye contact and she said:

“Excuse me, do you know where the elevator is?”

I had been in that mall a number of times and knew that, if there were stairs or elevators, they were nowhere near where we were since I had never seen them. I asked if I could help her.

“I need to get up to the street level so that I can take the bus home. I cannot find my car. I know which bus to take, and where to catch it.”

This didn’t sound like a good plan to me. I explained that the security department at this mall very likely had personnel who could help her find her car. I couldn’t help but noticed that she was gripping a cane. I asked if I helped her, could she ride up one floor on the escalator to the ticket console that had an intercom for security. She thought she could, and we managed to make the trip arm-in-arm.

While we waited for security to come to the rescue, we had a chance to talk a bit. I learned that she had a “…nice new car” and a condominium near the beach not far away. With a little prompting, she said that she had made some adjustments to her lifestyle, stayed off the freeways, and didn’t drive at night. I asked about her family, and she reported that they were in Seattle. Security showed up and carried her off to search for her car, and I carried on with my errand. (On the way out, I saw the security guard who had helped, and he said that she was just on the wrong level. They found her car with no trouble.

When (and How) Do You Step In For a Patient?

I thought about her for some time after that day. Undoubtedly, we have all seen patients who may be in a similar state. They are self-sufficient, and appreciate their independence. However, they also know that things aren’t as easy for them as they were in the past, and they cope. Things may go along without difficulty until there is an unexpected incident. This woman’s incident was losing her car in a parking lot that isn't easy to navigate for anyone, let alone someone with some mobility restrictions. (There are handicapped parking spots at this mall, but they were all occupied when she came in.) The problem was that her coping strategy for this situation wasn't a good one and could have presented more complications than solutions.

When a patient with a hearing loss and a similar life situation comes in for help, we probably are not aware of any limitations, and treat them like any other adult. What is our responsibility when we start noticing behavior that suggests that they may be making bad decisions, or are at some risk? When a significant other is close by, they are usually well ahead of the situation, and we simply communicate with them, making sure that the treatment plan is understood, and that any behavior exhibited by the patient that would put them at risk is reported.

Someone like the woman I met presents more of a problem. She’s functional and probably only talks with or visits her family when situations are well-controlled—when  these types of incidents are unlikely. I’m no expert, but I know that there are rules for reporting serious problems like abuse, but doubt that there are clear-cut guidelines for what to do when we suspect that a patient is slipping into a state of early cognitive decline, yet is generally functional. If there is a referring physician of record, a phone call to note what we observe might be appropriate if the behavior represents a safety or health hazard. Contacting an emergency contact listed on the patient record might be overkill, but if we are genuinely concerned, it probably is in order.

The Final Word? With matters of general patient safety and well-being, we will need to stick to office policy tempered with common sense when it comes to intervening with behaviors due to early dementia. What we do know, and can implement easily, are routines that will ensure that the patient has serviceable hearing aids. If we see that the hearing aids are not being maintained properly, we can set up a different office visit schedule or arrange for a caretaker to manage batteries, cleaning, and wax filter replacement. We have much more control of what can be done to keep the hearing aids operating, and if nothing else need to anticipate what might go wrong and be proactive in preventing interruption of service.

Reprinted with permission from The Hearing Review (www.hearingreview.com). Original citation: Van Vliet D. When (and how) do you intervene on behalf of patients with suspected dementia? Hearing Review. 2013;20(12):70.