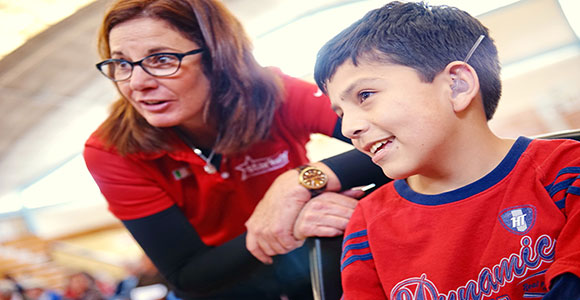 I went on an adventure last week that filled my soul and created lasting memories. After I wrote a column about the Starkey Hearing Foundation, co-founder Tani Austin invited my daughter Julia and me to go on a mission to Peru. I'd told Tani I was interested in seeing firsthand how the foundation provides the gift of hearing to thousands of people worldwide.

I frequently write about people who are doing good work, and occasionally I fall in love with their stories. The Starkey story was one of them. The mission trip offered a rare opportunity to both participate and report on a fabulous experience I shared with my 20-year-old and a group of kindred spirits.

We rendezvoused in Cajamarca, a city of more than 200,000 in northwestern Peru. Starkey staff, led by Tani and her co-founder husband, Bill Austin, arrived with hearing aids and seemingly unlimited energy. Mission sponsors came from various cities in the U.S. and Canada. With a common purpose, we settled into an easy rhythm, sharing pointers and translators.

Starkey partners in Peru had identified men, women and children with hearing loss. The team arrived with hundreds of quality hearing aids of varying power levels to be fitted with personalized molds. Every one of us had at least one job. 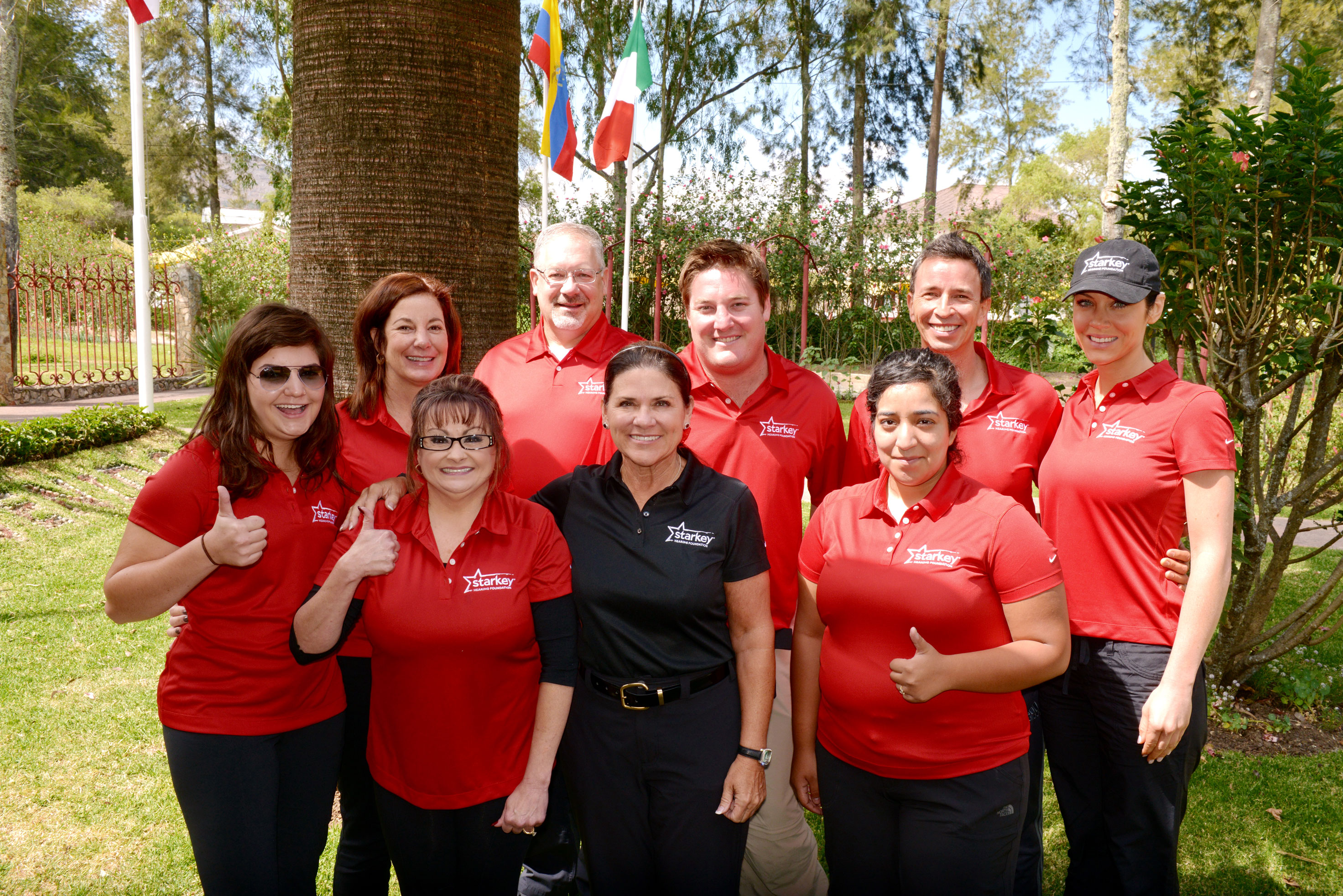 On each of the four mornings we spent in Cajamarca we arrived at the local university to find men, women and children waiting quietly, patiently -- expectantly. I'd anticipated more children than adults but the opposite was true.

Rows of plastic chairs were set up in the gymnasium, separating the fitting section from the area where individuals had their ears checked and cleaned. Many people sat quietly for hours, waiting for a Rotary volunteer to signal it was their turn.

The sponsors, including Julia and me, were designated as fitters. Our job was to fit the individual with a hearing aid that provided the optimal power level and was set at the best volume. Some of the mission sponsors are professionals who fit their clients with hearing aids every day, using the latest technology, as opposed to our simplistic approach of leaning into the individual's ear and repeating "ba ba ba," as we raised or lowered the volume.

Many of the people we fitted were fatigued; some, given their age, likely suffered from some degree of senility, so at times it was difficult to discern whether the hearing aid was effective. But facial expressions were revealing. The upward turn of lips meant we'd made contact; a grimace indicated the volume was too loud. Interpreters helped to clarify whether we had hit the sweet spot. While they all wanted the gift Starkey had brought to town not everyone was fitted successfully. And that was hard.

Hearing loss was caused by a variety of factors. For some it was aging; others had experienced trauma from accidents or from working in the local mines. Many work the land, for it is dairy farm country. The years in the sun were evidenced by their gnarled, weathered hands and deeply lined faces, despite their enormous hand-woven hats, made of trimmed leaves of palm trees. The women were often harder to fit than the men, mostly due to long, coarse hair that had to be adjusted in order to place the hearing aid behind their ears.

One morning a 98-year-old woman named Maria approached my station, accompanied by her two daughters. Maria had significant hearing loss, as did one daughter. The daughters had learned of the Starkey mission and surprised Maria by taking her to Cajamarca. They rode for eight hours on a bus with no bathroom. I later learned the daughters had been caring for Maria since she lost her hearing at age 75 and were frustrated because they had to repeat themselves over and over.

From the corner of my eye, as I fitted Maria's daughter, I saw her chatting with the videographer, who was fluent in Spanish. She was animated, grateful and delighted she would finally be able to hear her 28 grandchildren speak.

Later, I fitted a young schoolboy who was shy and nervous and reluctant to make eye contact. When I tickled him to get him to smile for the photographer he surprised me with an adorable set of dimples. With hearing aids in both of his ears, I suspect those dimples might surface more often.

Across the room from me Andrew Roth, a hearing instrument specialist from Saratoga, N.Y., fitted a little girl who had never heard her own voice before. Suddenly, the room erupted with what initially sounded like a child crying. In fact, it was the girl who was missing two front teeth. She was experimenting, joyfully, with the voice she'd just discovered.

A fitting typically ended with hugs, some kisses and profuse thanks and blessings, after we had placed a medal around the recipient's neck and pronounced him or her a "campeon."

For Bill and Tani Austin, their hardworking employees and volunteers, the work is about making the world a better place, one person at a time. Each morning we began with a huddle, a few words from Bill, a cheer and a reminder to make it a beautiful day. I'd like to think that for the nearly 1,300 people whose hearing was improved -- and their loved ones -- we did just that.