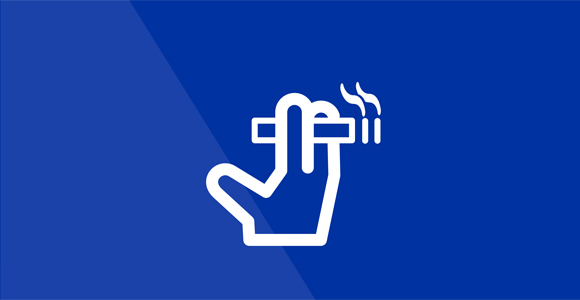 In 1964, the U.S. Surgeon General reported evidence that led to the conclusion that smoking tobacco causes cancer. In 2014, on the 50th anniversary of that report, the Surgeon General reported that smoking was even worse than previously thought. Although the prevalence of smokers in the United States has declined over the past 50 years, tobacco smoking and secondhand smoke continue to take a gruesome toll, including on hearing. Tobacco use affects blood supply to critical body systems, including the ears.

A 2011 report by Dave Fabry, Ph.D., and colleagues noted a dramatic increase in the incidence of hearing loss for smokers compared to those who never smoked. The incidence of high frequency hearing loss in smokers was 46.6 percent compared to 26.6 percent for nonsmokers. Tobacco use affects blood supply to critical body systems, and the ear is especially susceptible. A number of possible mechanisms may be responsible for a connection between hearing loss and smoking or exposure to secondhand smoke. Nicotine has been reported to have a direct toxic effect and to cause vasospasm and increased thickening of the blood, reducing the blood supply to the inner ear. Additionally, when exposure to smoke is combined with noise trauma and other toxic chemicals, the effects could be additive. There is evidence to suggest that some sub-groups of the population may be at greater risk for hearing loss if they smoke or have a history of smoking. Any smoke exposure causes vasoconstriction and interruption of the blood supply to the inner ear, which increases the risk of permanent hearing loss.

Hearing loss is insidious because of the typically slow onset. The effects on the quality of life can be negative for those with hearing loss and their family and friends. We are dealt enough risks for hearing loss that we can do little about. Avoiding tobacco use is a simple way to improve our odds for better overall health and better hearing.