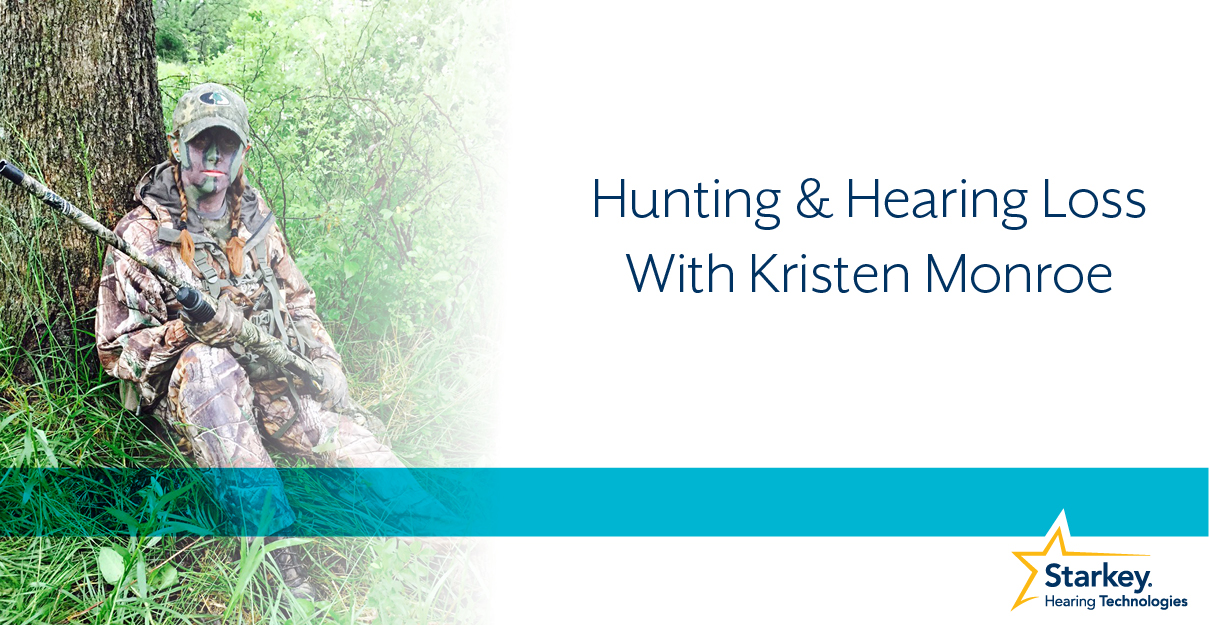 Hunter and Outdoor News writer Kristen Monroe gives a first hand look at how hunting and shooting can affect hearing loss. A Wisconsin native, Monroe took hunting safety as a teenager but only started shooting at 31-years-old. She enjoys hunting pheasant with her father and brother, or if she needs some quiet time with  nature, shooting from a tree stand. In today's blog, Monroe talks about why hearing protection is important, the damages shooting unprotected can cause, using SoundGear and why some hunter may consider hearing protection a "low priority".

How did you rupture your eardrums?


I crashed into a lake while slalom water skiing. I hit the water at just the right angle causing a rupture. I also ruptured it two other times because of bad ear infections. One of those times was during a snow goose hunt, and it cut my trip short.

Does your family have a history of hearing loss? Do you?

Not that I am aware of. But according to my doctor, anyone can be affected if they are not careful. I have had several ear infections, tubes and temporary hearing loss though.

Have you ever had your hearing tested? If so, what were the results? If not, why not?

When I was a little girl I had hearing tests, which resulted in tubes in my ears. I also had my hearing tested after I ruptured my eardrum last time. I had temporary hearing loss for about a month.

Can you describe the difficulty you faced after you last ruptured your eardrum?

I had temporary hearing loss for about a month. It was awful. I had a chance to feel like what others do that suffer from hearing loss. It gave me a great reason to protect it during my shooting activities.

What are the benefits to SoundGear over traditional hearing protection?

It enhances the other sounds of nature while in the woods. They also do not get in the way while shooting.

How do you think hunters and shooters can become better aware or take better care of their hearing?

Hearing from others that have been affected would help. One reason why I never used hearing protection devices consistently before was because they got in my way and made it harder to communicate in the field. Not any more with SoundGear! More people need to learn about Sound Gear.

Have you seen other shooters/hunters with hearing loss from shooting?

Yes, I have met more than one. Those that suffer from hearing loss seem to make a special point to warn others that they should protect their precious gift of hearing while they can.

Why is it that hearing protection seems to be a “low priority” for many outdoorsmen?

Maybe the tough guy image?  Also, I think it’s the false conception that one shot doesn’t really make a difference. I don’t think they all know that it really only takes ONE shot at the right angle to ruin your hearing and cause permanent ringing.

What is your view on silencers vs. hearing protection? Do you think the later is still necessary if the first is allowed?

Silencers do not enhance the sound of nature. I loved being able to whisper in a turkey blind and hear my hunting partner. It will also be a great advantage hearing deer sneak up behind in the woods.