Directionality: What Is It and Why Should You Care? 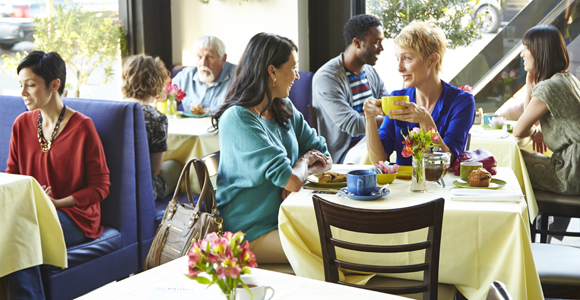 Hearing is an amazing process. At the most basic level, your ears receive sound, which travels down your ear canal, through the middle ear and into the cochlea, where the small hair cells that reside there vibrate to the different frequencies. Those signals are sent to the brain, which decodes the incoming messages and makes sense of them. When you have normal hearing, your brain automatically filters out the background noise and non-important information to allow you to focus on speech and other important signals.

Separating speech from noise is a much larger problem for someone with hearing loss. Due to the damage to the tiny hair cells in the ear, people with hearing loss have a harder time distinguishing speech when they are in situations that have a lot of background noise. These same people often find loud noise uncomfortable as well.

One way to combat the issue of distinguishing speech in noise is a feature on many hearing aids called directionality. Directional systems all have two or more microphones separated by a specific distance on a hearing aid. The difference in the arrival time of sound to each of these microphones dictates how the hearing aid responds to the sound. One note: directional microphones in general focus on amplifying the sound in front of a listener.

So that’s the short version.

Here’s where it gets complex – and interesting! Directional systems are different depending on the brand of hearing aid. Here are some glossary terms you might not be familiar with:

The one caveat to the fully adaptive directional system is that it can sometimes suppress sounds that people need or want to hear. With Starkey Hearing Technologies’ new system, known as Acuity Directionality™, logic in the hearing aids looks for speech signals wherever they are – even to the side or behind the listener – and then moves the null away from the talkers, essentially protecting the speech. Think about a scenario like being in a car; you would want hear the person in the back seat!

Now you have a bit of information about the kinds of systems, but where does drift come in, you ask? As the glossary states, drift means that the microphones aren’t responding the way they should – meaning they aren’t synchronized. Electret microphones drift because even the most well-engineered components are susceptible to moisture and temperature changes, which means they eventually don’t match when there is more than one microphone in the device, as any directional system has. Basically, the benefits you get from a directional microphone system using electret microphones fade over time because the microphones are no longer in sync.

Our new Acuity Directionality system minimizes drift by using micro-electronic-mechanical systems, or MEMS. The MEMS microphones are produced from a silicon crystal that is more resistant to changes in humidity and temperature than electret microphones, so regardless of environmental conditions, they are stable and consistent over time. Acuity Directionality automatically switches into directional mode when noise is detected and is fully adaptive.

Why does directionality matter?

Directionality is an important consideration for hearing aid wearers because it provides the best performance in noisy situations, which can be very challenging. Think about all the places you love to go. Some of them probably are noisy environments, which adds to the fun and ambiance. Those same places can be very challenging for you if you having hearing loss. Finding the right hearing aid solution can help people reconnect with the activities and people they love!