First Person: Rodney’s new hearing aids are “much easier to use” than his old ones 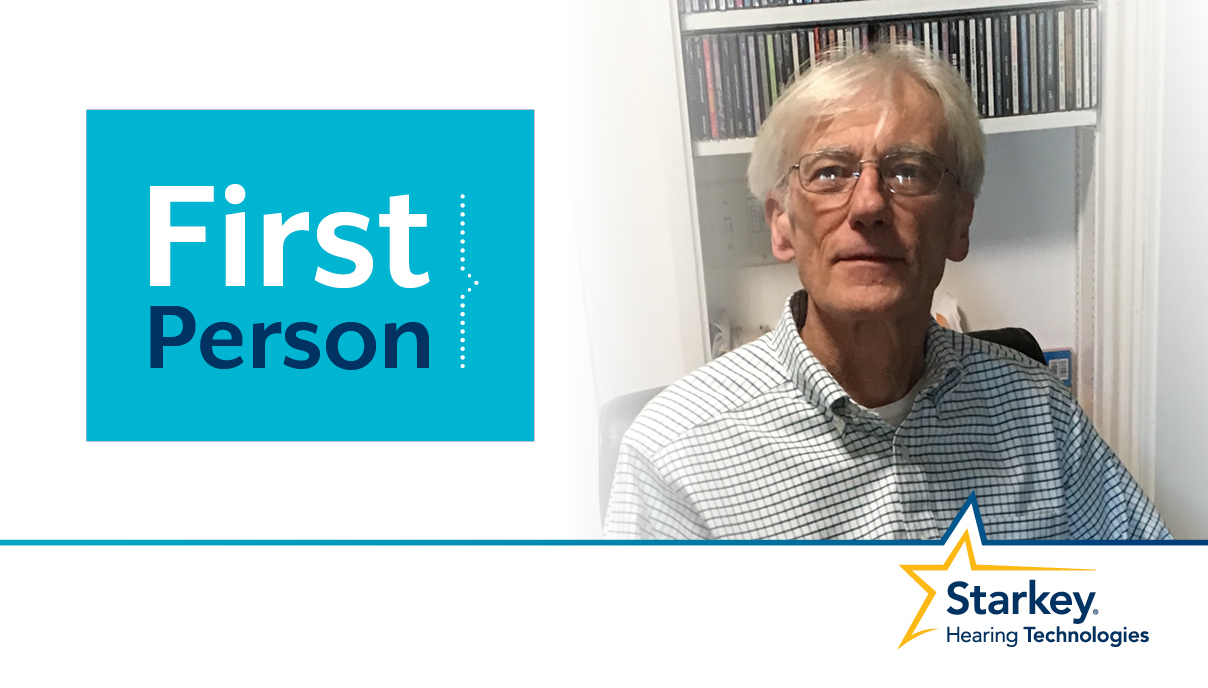 Starkey: Tell me a little bit about yourself?

Rodney: My name is Rodney, I live in Kansas, and I'm 75 years old. I'm a retired university professor in the sciences, and what I like about retirement is you can do what you want, when you want to do it. That's one way of looking at it. The other way of looking at it is there are no Mondays, and every day is Saturday.

Starkey: Walk me through when and how you first noticed your hearing loss?

Rodney: About 40 years ago, hearing loss became apparent when I kept asking family and friends, "What did you say? What did you say? Look at me when you speak, please." Then it really became a problem when, during lectures to 80, 90 students in a little auditorium, it got to the point where hearing soft spoken people or needing the students to repeat the question sometimes three or four times, it was a noticeable loss. Then, likewise in a crowded room, trying to hear people was very, very difficult.

Starkey: You were in your 30s then. Was it hereditary?

Rodney: No, I blame it on hot rods, motorcycles and hunting.

Starkey: What were some of your biggest challenges with having hearing loss?

Rodney: Well, I guess it was probably more so in class when somebody, maybe a third of the way up in the auditorium, would ask me a question and I'd have to ask them to repeat it two or three times. Then, somebody near the front would finally say, "This is what she's asking." I would have to admit that I had a hearing loss. That was the driving force to get me to do something, even though it took me a long time before I did anything.

Starkey: What made you finally decide to get hearing aids?

Rodney: It was a culmination of frustration and recognition and those kinds of things I described. And I have to admit, it took several years. You might say I'm a slow learner to accept the fact that I needed something like amplified hearing.

Starkey: What was your first reaction when you got them?

Rodney: Well, the first time I washed my hands in our small bathroom, I thought I was under Niagara Falls. I assume you know what I mean. It was amazing, absolutely amazing what improved sound does.

This is the first made-for-iPhone hearing aid I've had. That ability is very, very helpful. These are so much easier to use than some of the others I've had. The iPhone is a real nice addition to the technology and, in fact, that's probably one of the driving forces that has gotten me to upgrade the technology.

Starkey: What do you like about TruLink (our hearing control app for iPhones)?

Rodney: Well, it's got features like Stream Boost, so that sometimes in a tough hearing situation, putting Stream Boost on improves my ability to hear, and you can hear a difference. And the crowd function — the unidirectional ability to only amplify what's coming toward me — is a feature that's very, very beneficial in a crowded situation.

Starkey: Do you stream anything with your iPhone, like podcasts or music?

Rodney: Right now, this telephone conversation is going... I'm not holding the phone! I'm using my phone to communicate with you through my hearing aids. I love that. Sometimes I listen to Pandora when I'm at the gym without having wires coming out of my ears, which is a nice feature.

Starkey: What would you say to someone who's got hearing loss but is unwilling to do anything about it?

Rodney: I would say, "You are losing out on life's hearing moments with family and friends," number one. Number two, "There is a noticeable increase in awareness of what's going on around you if you do wear hearing aids." I'm outside a lot, even in the winter. I have a giant 90-pound dog that gets walked a couple miles. You can hear things outside that you don't normally hear if you don't have the amplification, so you're missing out on a lot of what's going on in life.

Don’t wait like Rodney did. If you’re ready to treat your hearing loss — or upgrade to made-for-iPhone hearing aids — find a local hearing professional who can help.