Fido can hear you, but is he really listening? 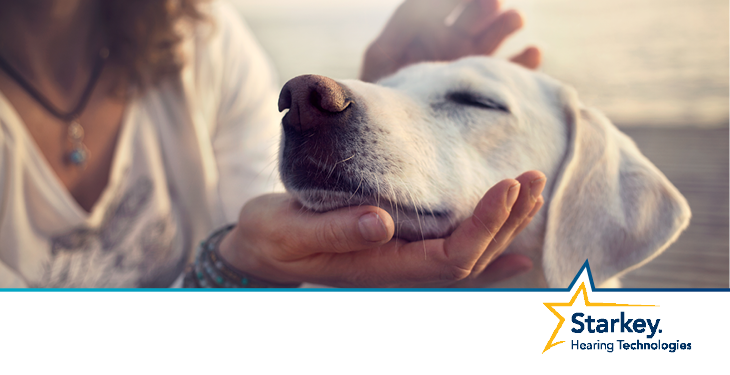 We love our pets. According to the American Pet Products Association, Americans spent $55.7 billion in 2013 on grooming, toys, vet visits and food for furry family members. The number is roughly $500 a year for every American household with a single pet. Homes with more than one pet spent even more. The Bureau of Labor Statistics notes that we spend more on our pet annually than we spend on men’s clothing ($404) and alcohol consumption ($456).

If dogs had a super power, it would be hearing

If you’re a dog owner who enjoys talking to your dog, have you ever wondered how much he really understands? We all know that dogs have a keen sense of hearing and hear better than we do. Dogs hear nearly twice as many frequencies as humans. They can also hear sounds four times further away — so what human ears can hear from 20 feet away; our dogs can hear from 80 feet away.

Even though our dogs can hear better than we can, do they understand what they’re hearing?

Two studies, one published in the journal Current Biology and the other in Science, conclude that the answer is yes! Your dog might not understand everything you say, but he listens and pays attention similar to the way humans do. The researchers discovered that dogs — like humans — respond not only to the words we say to them, but also to the emotional tone of our voices.

The studies suggest that humans and canines listen to speech similarly: both respond to vocalizations — what is being said — along with the emotional tone conveyed during speech, or how it’s being said.

As one of the study’s supervisors, David Reby, noted, "This is particularly interesting because our results suggest that the processing of speech components in the dog's brain is divided between the two hemispheres in a way that is actually very similar to the way it is separated in the human brain.”

We are all “lefties” when it comes to language

In humans, the left hemisphere of the brain tackles most verbal processing — the what we say part. Speech using exaggerated, positive vocal inflection — the how we say it part — is processed in the right hemisphere.

The dogs in the study demonstrated that they listen the same way — an ability that was once believed to be unique to humans. When unfamiliar language was presented to them, their focus shifted from linguistic content to emotional content.

If you’ve ever traveled to a country and been unfamiliar with the language, you know how this works. When you’re listening to language you don’t know, you shift your focus to nonverbal cues like intonation and inflection to try to figure out clues about what you are hearing. Turns out our pups do the same thing when they hear unfamiliar speech.

Researchers in the second study tried tricking dogs by saying out-of-context words using positive, praising intonations (for instance, they replaced a praise-worthy “good boy!” with the word “however”). Brain scans taken during the study showed the dogs were not fooled. Researchers could tell because the left hemisphere of the brain was not activated. The findings contradict the assumption that dogs only understand the tone of our voices and have no idea what our words mean.

The research is good news for animal lovers who enjoy talking to their four-legged friends. Your dog may not understand everything you say, but he is focused on both the content of conversation and the underlying emotional tone.

So, go ahead and keep talking to your dog. Just make sure you say nice things, using a nice tone of voice. Keen hearing acuity and the ability to process language similar to humans makes your dog an ideal listener and points to one reason why dogs are, indeed, our best friends!