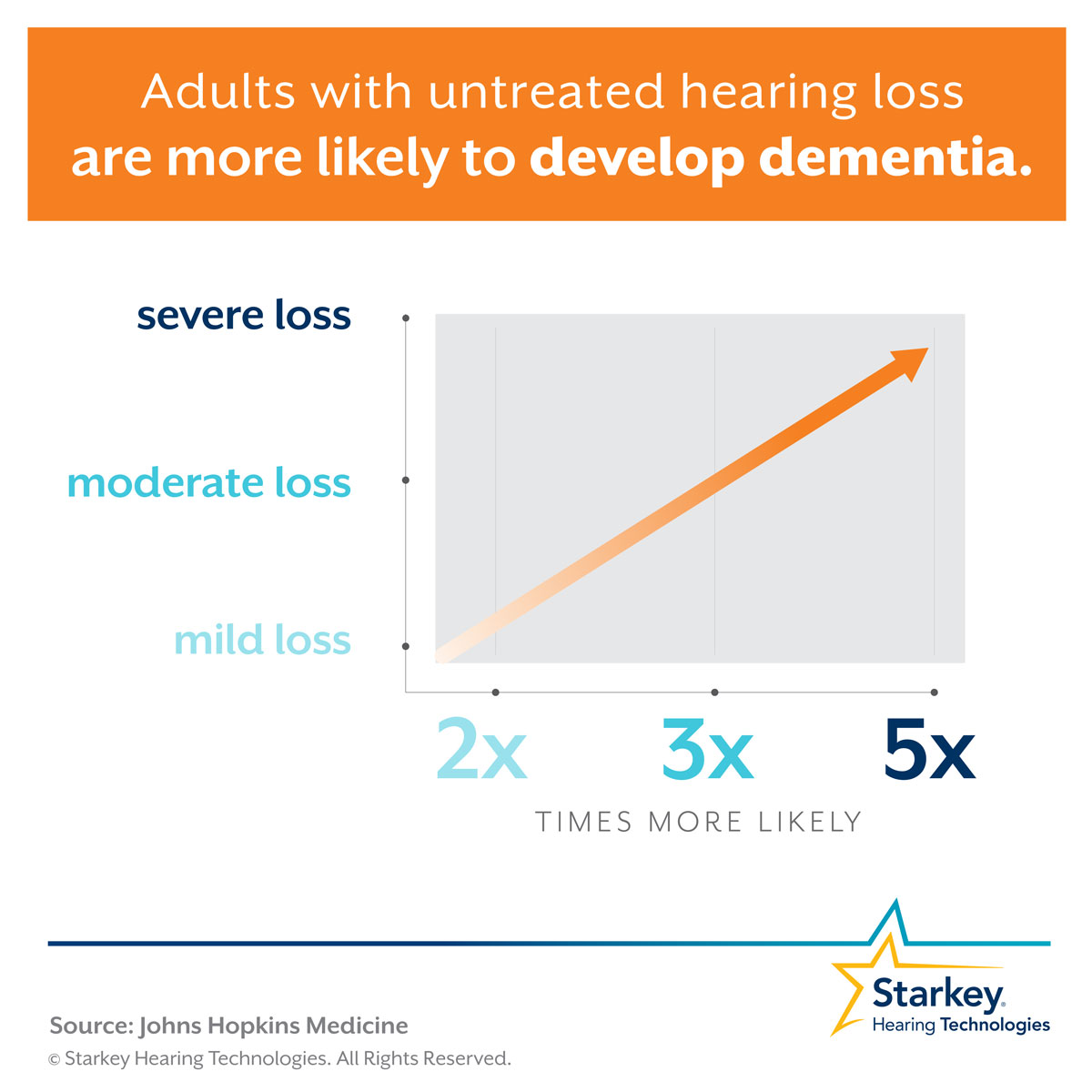 A 2011 study by Johns Hopkins Medicine and the National Institute on Aging found that adults with hearing loss are “significantly more likely to develop dementia over time than those who retain their hearing.”

The researchers found volunteers whose hearing and cognitive abilities were tested in a different study between 1990 and 1994, then reexamined them every one or two years up until 2008. Volunteers who had hearing loss at the beginning of the study were more likely to have dementia by the end. Up to five times more likely, in fact, depending on the severity of their hearing loss.

To learn more about how hearing loss can impact brain health, watch the video here.