#HearingFactFriday: Some antidepressants may worsen tinnitus 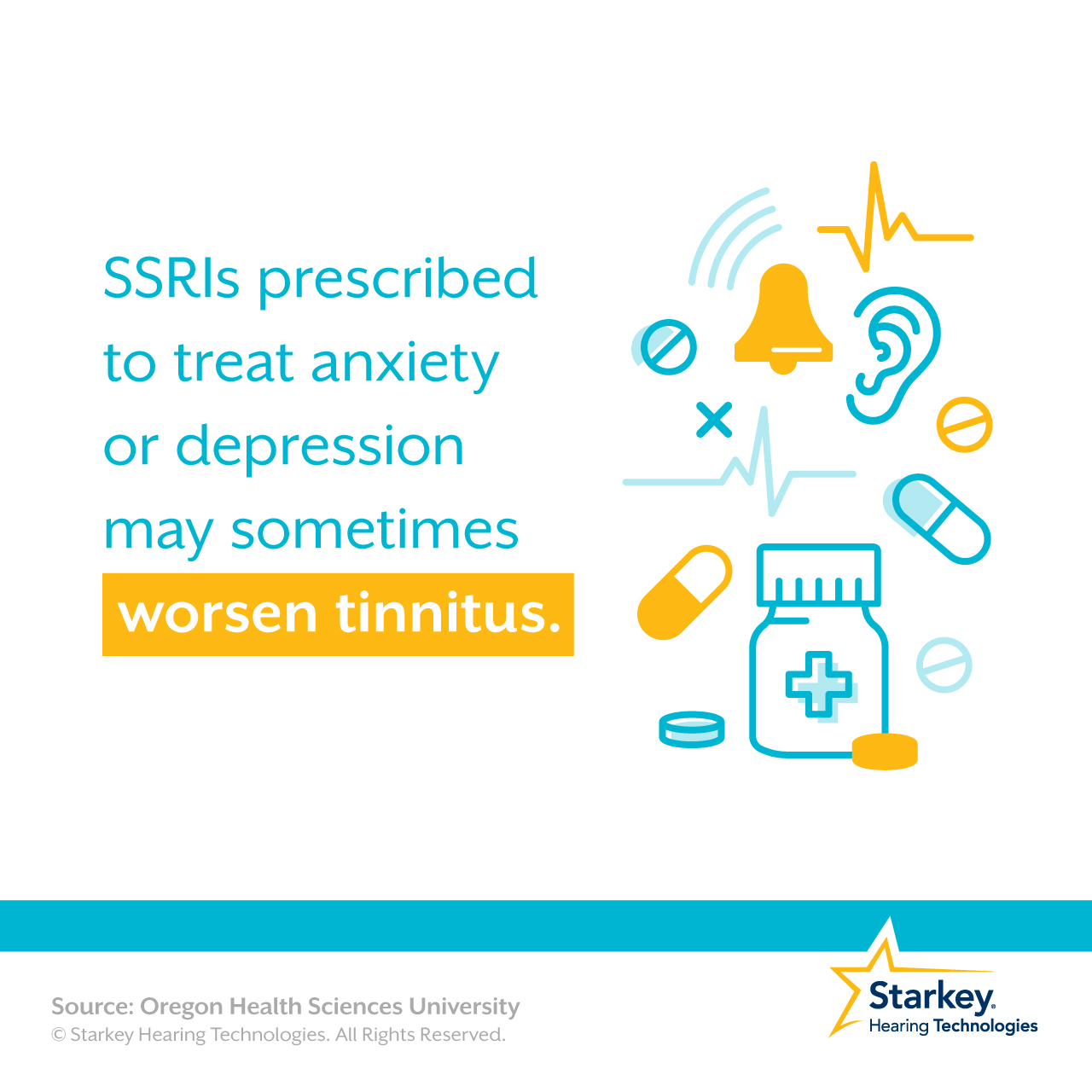 The most commonly prescribed antidepressants are called selective serotonin reuptake inhibitors (SSRIs). They help alleviate symptoms of depression by increasing levels of serotonin to the brain.

Last year, when scientists from Oregon Health & Science University (OHSU) studied the action of serotonin on the brain, they noted a part of the brain where tinnitus occurs “became hyperactive and hypersensitive to stimuli when exposed to serotonin.”

This increased activity and sensitivity suggests that SSRIs may worsen tinnitus and it’s backed up by reports of tinnitus exacerbation in people who take SSRIs.

People with hearing loss or tinnitus should make note and talk to their doctor before taking SSRI antidepressants.

Our free tinnitus test shows you what kind of impact tinnitus is having on your quality of life — and offers helpful treatment recommendations. To take this short test, click here.