Lessons learned at the lake 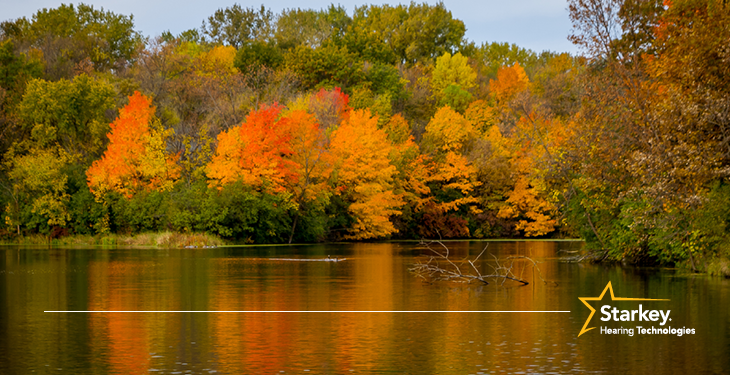 I live in the land of 10,000 lakes. According to Wikipedia, it’s really 11,842 lakes. A native Minnesotan, like my husband, might correct you. All I know is Minnesota has a lot of lakes.

Almost everyone up here goes to the lake, especially in the summer. My husband is no different. He loves the water and loves to fish. He had a boat before we had children, and although I’ve never considered myself a lake person, I somehow knew having a place on the lake would happen eventually.

I grew up in rural, southern Ohio. To find a lake you had to drive for hours! Even further if you were looking for one big enough for boating.

A place to call our own

At the end of last summer, after much persuasion from my husband, we took the plunge. We bought our very own place on the lake. It’s out west, a beautiful country drive that reminds me of home. There’s never any traffic and it’s close enough for our young kids to survive the drive.

It’s a spring fed lake and I can see my feet. That was a big selling point for me. The only time I  question our decision to buy it is when my husband or our kids catch large fish, very large fish, with teeth. I liked not knowing that the lake was filled with northern pike — large fish, with large teeth. Fish that eat other fish!

We didn’t get the keys to the new place until summer was over. We then spent the fall and winter getting it ready. Summer is short in Minnesota, and we wanted to be ready to enjoy the best months of the year. We didn’t have a boat. We didn’t have a dock. Then we bought a boat that didn’t fit in our garage, and ordered a dock that wasn’t long enough. Somehow the mishaps made the place feel more like ours. We painted. We landscaped. We decorated.

Our first summer at the lake

Our 80-year-old neighbor loved to supervise our DIY projects. He would pull up a chair — coffee cup in hand — and watch for hours, imparting wisdom as he watched. He likes to say that being retired means he has all the time in the world, and he gladly spent that time with us. He would wait in the driveway for us to arrive on weekends.

Our 5 and 6-year-olds joked that he was Daddy’s best friend. He treated us like family. We grew very close over that first summer. He celebrated my husband’s professional accomplishments. There was no one prouder when my husband was interviewed on CBS Sunday Morning. He set his DVR and watched it so many times he could recite the interview by heart.

He encouraged our kids. He would joke that they had grown since the last time he saw them. When they caught a fish, they raced up the hill to his house to show him. It was simple, easy fun.  The kind of things you take for granted when life gets busy. He was patient. He taught our kids how to catch tree frogs, and to ride a bike without training wheels.

When the Stanley Cup came to the lake, he waved his arms excitedly so our hockey-loving son would be able to find him in the picture that ran in the local newspaper. When he and his wife had their children, grandchildren and great grandchildren over on Sundays, they invited our family. They wouldn’t take “no” for an answer. We celebrated birthdays together and their 60th wedding anniversary.

And we fit him with hearing aids.

He retired 25 years ago after working as a school superintendent. He was the first person in his family to go to college and he earned a Ph.D. He knew everyone at the lake, and everyone knew him. He is big in stature and big in personality. He knew he had a hearing loss, and he’d often talk about it with us. But he worried wearing hearing aids would make him look old.

His wife expressed concern that his hearing loss made him more withdrawn. He skipped social events at their church and often didn’t answer the phone (even when he was sitting next to it) because he knew he would have trouble hearing. He even stopped attending an annual academic conference at the University of Minnesota because he had trouble hearing the presenters.

He decided to try hearing aids after the CBS Sunday Morning show aired. He was impressed by the features and the technology of Starkey’s newest hearing aids. He wanted to be able to listen to his television as loud as he wanted without keeping his wife awake. He wanted to wear hearing aids that could translate languages in real time. He didn’t have any travel plans, he just thought learning words in another language would be fun. He wanted his hearing aids to be so small that no one would notice he was wearing them. Most of all, he wanted to be able to hear his daughter and grandsons when they called from Seattle.

Fall has arrived and the leaves look beautiful at the lake. Our first summer there is officially over. It’s a little sad that the boat and dock are out of the lake. Even sadder that our neighbors left for the winter. They are snow birds and head to Florida in October.

Though it feels different without our neighbors there, I think back on the summer and smile. Now, instead of coming over to our house, they Facetime the kids. Imagine that! The guy who never wanted to answer the phone now enjoys talking on it!

Seeing how better hearing improves lives never gets old. It’s what I love most about being an audiologist. Hearing well changes people’s lives and changes it for the better. I’ve known this for years, it just feels more impactful this time around.

Sharing what I love with my children and seeing the positive changes firsthand in someone close to our hearts has given me a new appreciation for hearing aids and the positive impact better hearing has. I’m thankful for all the life lessons the lake taught us this summer, but I think fitting our neighbor with hearing aids will always be my favorite part.