Justin Osmond on life with his hearing aids in vs. out 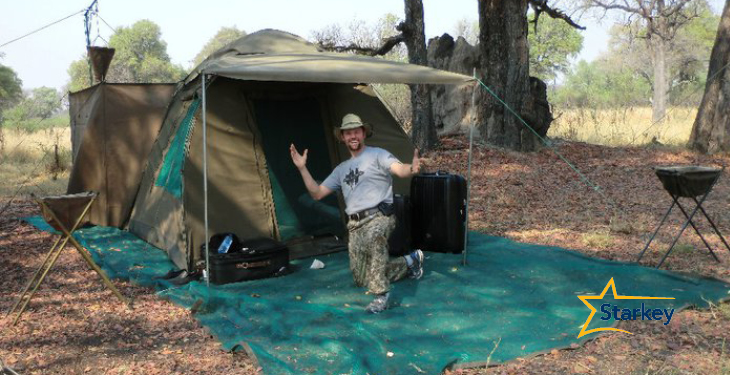 In his fourth of six blogs written exclusively for Starkey, Justin Osmond — who was born with a severe-to-profound hearing loss and has been wearing hearing aids since he was 2 years old — shares the differences he experiences when he’s wearing his hearing aids and when he’s not.

In 2009, I went on an adventurous African Safari into the deep bush of Botswana. I didn’t realize until later that I would be smack in the middle of a dangerous safari camp scary enough to turn your hair a ghostly white.

The wilderness surrounding the village of Maun, Botswana was full of wildlife and short on modern amenities. With no hotel in sight, we camped out under the baobab trees. The dark night was fast approaching when we returned from a two-hour jeep safari. It was exciting to see lions, elephants, rhinos, leopards and hyenas as primitive as when they stepped off Noah’s ark.

My natural love for the outdoors extended to the African bush. I was thrilled to camp out in the wilderness amid the incredible sounds of African wildlife. As remarkable as the noises were, I was constantly on the alert for a lion’s roar. I did not want to be on their menu. I crawled into my tent and climbed into my sleeping bag, hoping there were no snakes and bugs that had crept in while I was out.

I took my hearing aids out and slept peacefully and awoke completely rested after what seemed like eight minutes, but was really eight hours. I jumped up, full of excitement for the upcoming morning game ride. Sipping some hot chocolate around the campfire, I noticed that everyone else appeared utterly exhausted.

“What’s going on?” I asked. “That was the scariest night of my life!” someone answered.

I listened in amazement to stories of my friends' encounters with wildlife. Elephants, hyenas, and lions had invaded the camp, growling and howling all around our tents. Several members of our party were terrified. Others saw it as a grand adventure.

I was extremely disappointed to find out that I had missed a roundup and party of wild African animals right outside my tent. I had slept through the whole stampede. 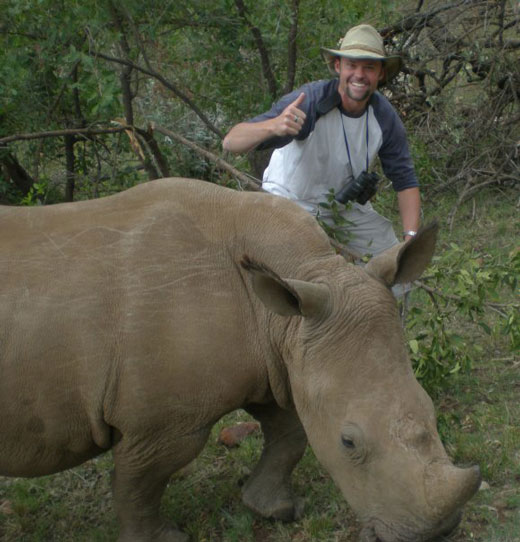 With my hearing aids out, I miss too much

Hearing loss can be a blessing or a curse. But one thing I learned from this experience was that I was never going to step out of my tent in the middle of the night, in case lions might see me as a main course entrée.

This is just one of many encounters throughout my life where I’ve escaped a dangerous situation because I wasn’t able to hear properly. As far as I can remember, I’ve never gone to bed with my hearing aids attached. And as far as not wearing hearing aids, they really are a blessing to be able to sleep like a log every night with no noises and distractions to interrupt my deep slumber.

However, it comes with risks. Without my hearing devices, I sometimes feel disconnected, separated, detached, lonely and isolated from family, friends and life’s precious sounds. And these real-life emotions and feelings can lead to low self-esteem and confidence as well as feelings of inadequacies and failure. I’ve experienced all of the above and many more on many occasions throughout my life.

With my hearing aids in, I feel more connected

On the flip side, I have found that there are more benefits, advantages and perks in wearing hearing devices. For one, it’s been proven that generating/cultivating sounds waves and sending them to the brain will stimulate and improve our cognitive senses. Wearing my hearing devices have also protected me from dangerous situations such as hiking up in the hills to a hidden rattle snake and, upon hearing the fearsome rattle, knowing to walk away in the opposite direction.

Having grown up in the world-renowned musical family, I’ve always appreciated and loved hearing music, especially my dad, the lead singer of the Osmonds.

When I was younger, I could hear my dad’s music, but I couldn’t always understand the words when he sang on stage. It was so frustrating and one of the worst feelings in the world. Having said that, the majority of my childhood and adolescent years I was wearing analog technology and so that plays a big part in why I was missing out on so much.

My hearing aids keep me connected to life

But today, I wear the new Starkey Livio Edge AI hearing aids and I can say with absolute confidence and assurance that the benefits of wearing a hearing device(s) completely outweighs the benefits of not wearing a hearing device(s). Being able to hear truly reconnects us to so many elements of life on so many levels. I can now understand my dad’s music, my children chanting in the back of the car, conversations and dialogue in noisy environments, restaurants, movies and family gatherings and so many more blessings that we all take for granted.

Thank you again Starkey for reconnecting me to life’s precious sounds!