Huey Lewis takes us on his hearing loss journey 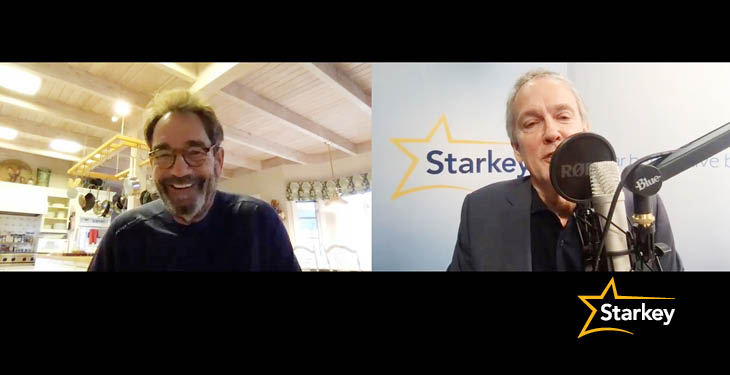 In the latest episode of Starkey’s podcast, Sound Bites, singer, songwriter Huey Lewis talks to Dave about his path to being a rock star, how Menière’s disease cut his singing career short, British royalty, and much more.

In the excerpt below, he explains why he has no stigma about wearing hearing aids. It has been edited for length and clarity.

Huey Lewis — Well, honestly, the first thing I recommend to anybody with hearing loss is hearing aids, Starkey hearing aids. They take a bit of getting used to because stuff's going to sound a little different. But you can get used to it and, when you do, you can't live without them because it's way easier to hear things. It just makes life a lot better.

Dave Fabry — Did you find when you began to wear hearing aids that you noticed that people were observing you wearing them? Or did you care? My parents were more stigmatized by hearing loss and hearing aids. I just want to hear, so it doesn't matter to me if someone knows that I've got a device on. Now, the ones that connect to smartphones, it's really the performance and the benefit that I'm going after, not whether someone sees that I'm wearing hearing aids.

Huey Lewis — Well, that's old school. Everybody used to worry about how they look. Nowadays, if you don't have two earbuds in your ear, you're not cool. I mean, look at all the kids today. They're all running around with the earbuds. If you don't have something in your ear, you're not cool. I've never, ever worried about... First of all, people don't notice, oddly enough. I don't care whether they do or not but I guess, if you're worried about whether people see them or not, most people don't. I have molds, which should be very visible, but people don't notice.

Click here to listen to the entire Huey Lewis podcast. And to listen to past and future ones, subscribe to Starkey Sound Bites wherever you get your podcasts.