Where every day is World Hearing Day 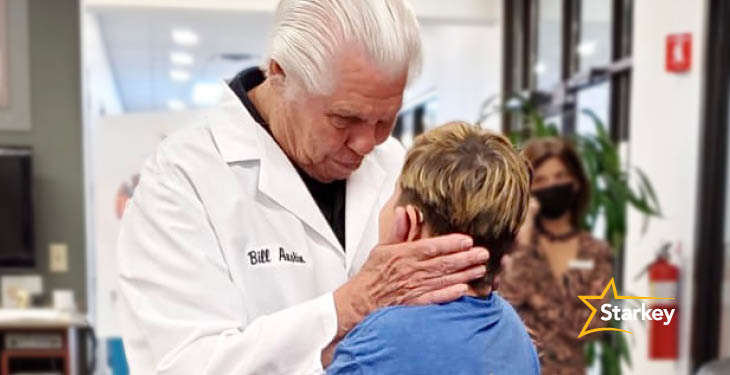 As we observe World Hearing Day on March 3rd, here’s an excerpt from our recent Starkey Sound Bites podcast episode, featuring Starkey Owner and Chairman Bill Austin. Mr. Austin famously coined the phrase, “So the World May Hear”. During his interview with host Dr. Dave Fabry, he talks about the origin of that phrase and his life’s work of helping people hear better, so they can live better. You can listen to the entire episode here, or wherever you get your podcasts.

Bill Austin — “To hear is to understand. To understand, you need to know someone's intent. You hear that through their voice, the inflection, their eyes. And so, I wanted the world to understand that we were seven billion brothers and sisters, and we were better when we helped each other. So the World May Hear was aimed at giving everyone a chance at hearing, so they could at least understand better their family, their friends and be connected to life. We decided to do our part by going out, reaching out and doing the work. Over the years, through our philanthropic programs, we’ve been able to help people in more than 70 countries.

I knew all the time, when you say, ‘So the World,’ the world is big and it’s highly unlikely in anyone's lifetime that you're going to accomplish that. But the true path of humility is not to stoop until you're lower than yourself, but to stand at your true height to give some greater nature.”

Over 450 million people around the world suffer from what the World Health Organization considers to be a disabling amount of hearing loss. To learn about Starkey’s corporate social responsibility program, Starkey Cares, please click here.