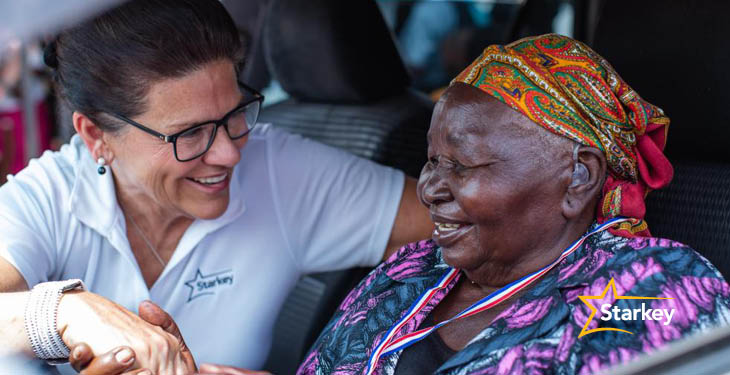 In observance of International Women’s Day on March 8, here’s an excerpt from our recent Starkey Sound Bites podcast episode, featuring Starkey Chief Philanthropy Officer Tani Austin. From the beginning of her career — as a business owner in the hearing industry — she’s been both a trail blazer and advocate for other female leaders. She spoke with host Dr. Dave Fabry about who and what has inspired her along the way. You can listen to the entire episode here or wherever you get your podcasts.

To me, there’s a very important connection between International Women's Day and hearing loss. Over 480 million people around the world suffer from what the World Health Organization considers to be a disabling amount of hearing loss. By 2050, it’s predicted that number will grow to 700 million. This isn't going to go away, and women are key to improving accessibility for their families, their sons, and daughters. Women play such an important role in improving the lives of those with hearing loss. We couldn’t do this work without them.

Speaking of amazing women, Bill and I have been so amazed at the masterful, excellent leadership for Starkey in the last several years. I'm so proud of their leadership and grateful for the ongoing dedication and commitment to help people around the world hear better, so they can live better.”