“Do hearing aids help with ringing in the ears?” 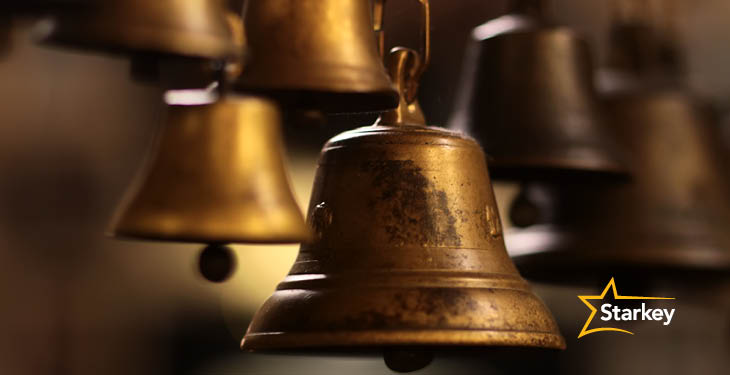 Nearly 50 million Americans experience tinnitus or “ringing in the ears,” including roughly 30 percent of seniors and millions of active military personnel and veterans.* In a recent Starkey Sound Bites podcast, where our panel of experts covered 10 of the most frequently asked hearing-related questions, Dave Fabry, Ph.D and Jamie Myers, Au.D. answered the question, “Can hearing aids reduce tinnitus?” We’ve transcribed their answer below. It has been edited for length and clarity.

Dave Fabry, Ph.D. — So tinnitus, for those who are uninitiated to the term, is ringing in the ears. And more people suffer from ringing — occasional ringing at least — in their ears than they do from hearing loss. But how do hearing aids come into play with this for someone who may have ringing in their ears? What can be done?

Jamie Myers, Au.D. — Yeah. The good news is hearing aids are the best treatment for tinnitus that's known. There's no cure for tinnitus, which is something that should be put in bold. Anything that says it can cure it is likely a snake oil, so be cautious there.

So the first step, when you start to hear a continuous or a mostly continuous ringing, hissing, buzzing, or anything that's not in the environment that you're hearing all the time, is get your hearing tested.

And then from there, the treatment process can be varied.

Sixty percent of professionals said that when their patient had a hearing loss and they just wore hearing aids, they experienced [tinnitus] relief. One in five experienced major relief just from wearing a hearing aid. So that alone is what I've experienced in clinic as well.

And it's a little varied on the cause of that. Part of it is those soft sounds that we just reintroduced back to you. Your brain is on high alert going, “Ooh, what's that? Ooh, what's that?” And it's not paying attention to your ringing anymore. So that's part of the treatment.

However, if you don't see relief from just wearing the hearing aids, there is something that we call sound therapy that is built into every Starkey hearing aid. And most modern hearing aids on the market now have some kind of sound therapy, or you can get it through many noise generation apps.

So just playing a very low-level constant sound. It can be anything that's soothing to you. It can be white noise, brown noise, ocean waves, wind chimes, whatever you prefer. And really it’s the principle of distracting your brain from not paying attention to the tinnitus, but really paying attention to that other sound. People see relief, sometimes for minutes, sometimes hours, sometimes days from their tinnitus, just from using that.

Again, there's no cure. However, we do also know that there are stressors to your tinnitus. Oftentimes, people first experience tinnitus after a stressful event in their life or a stressful time in their life. Then we know from there, once you have tinnitus, it can certainly ramp up when you are more stressed, when you're drinking more coffee or alcohol, or smoking more, or angry, or anything that really ramps up your system can make your tinnitus seem louder.

Dave Fabry, Ph.D. — Tinnitus is one of those conditions that range from a mild inconvenience that is only noticed in quiet rooms, up to people who can be in full blown despair with tinnitus and almost incapacitated. Those are very rare, but it can occur.

And as you said, there are treatments in the form of amplification. There are other treatments, none that are a proven cure on everyone. But in rare occasions, particularly if the tinnitus is getting rapidly worse, or is in only one ear and not the other, there can be underlying health conditions that could require treatment.

So if you have tinnitus in one ear or something that has just gotten progressively worse, very rapidly, see your physician. Maybe start with your primary care physician, ear, nose, and throat specialists, audiologists as well, who can work to diagnose and treat, and determine if it is something that does require additional investigation to rule out any underlying health condition.

But for the vast majority of people for whom tinnitus is a mild inconvenience, hearing aids alone — or using some of the sound therapy programs embedded in a hearing aid — can ameliorate that problem related to the ringing in their ears.

If you’d like to consult with a hearing care professional about tinnitus, we can help. Simply type your zip code in here and you’ll a generate a list of local providers and audiologists who you can contact. To listen to this Starkey Sound Bites podcast (as well as past and future episodes) look for it and subscribe to it wherever you get your podcasts.