Tinnitus deserves our awareness every week 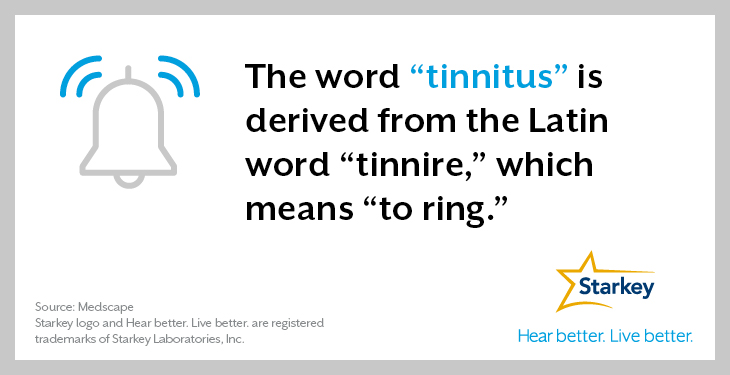 Tinnitus Awareness Week may have come and gone, but for those who suffer from ringing in the ears, they can only wish it was over in a week.

Yes, tinnitus is and can be temporary for many people. But for millions of others, tinnitus does not go away. According to the American Tinnitus Association (AMA), 67% of people who reported having tinnitus said they had symptoms for over a year, and 20 million people deal with “burdensome tinnitus” regularly.

If there was a cure for tinnitus, it’s safe to assume those numbers above wouldn’t exist. Or be nearly that large. But — still now — nothing has been found to eliminate this awful condition.

Fortunately, there are ways to bring relief to many people with tinnitus. The AMA suggests several, in fact, including hearing aids. The goal of these tinnitus treatment options isn’t to eliminate tinnitus, but rather to “minimize the impact and burden” of it — which can be very effective in providing relief.

To learn more about how hearing aids can help with tinnitus, read our recent blog.

At Starkey, we know all too well the impact tinnitus has on our hearing health, as well as our physical and mental well being. That’s why we’ll never relegate tinnitus awareness to a single week, and will continue working year-round to find new and better ways to provide tinnitus relief.

To see if our hearing aids help relieve your tinnitus, click here and type in your zip code. You’ll see a list of local hearing professionals who can consult with you about your tinnitus and help you try our tinnitus technology solutions for yourself.