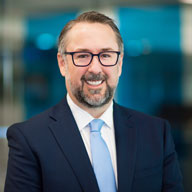 As Vice President of U.S. Commercial Sales, Kyle Acker, Au.D. leads Starkey’s U.S. Managing Directors and the sales team. He is responsible for developing and aligning Starkey’s sales strategies and growth objectives in the United States. Over the course of his career, Acker has invested time and talent in many aspects of the hearing industry, building an intimate understanding of the challenges providers face and how to support them in solving those challenges. He completed his B.S. in Industrial Hygiene and Organizational Leadership and Supervision and his M.S. and Au.D. in Audiology at Purdue University in West Lafayette, IN.

Dr. Sara Burdak joined Starkey as an audiologist on the Hearing Research and Technology team in 1999. Over the last 16 years, Sara Burdak has worked to bring impactful programs to our global customer base. She is responsible for developing and aligning Starkey’s global audiology strategy as it relates to education and training programs, the Department of Veterans Affairs, and customer and industry relations. Sara Burdak earned her bachelor's degree in audiology and speech sciences from Michigan State University, her master's degree in audiology from Wayne State University, and her Au.D. from the Arizona School of Health Sciences. 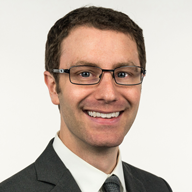 Justin R. Burwinkel, Au.D., joined the Starkey Audiology Research team in 2014. His research has investigated potential improvements to digital noise reduction, feedback suppression, and a variety of other emerging sensor technologies. In addition, he has filed numerous patents relating to fall risk management, artificial intelligence, and hearing aid connectivity. Burwinkel earned both his B.S. and Au.D. at the University of Cincinnati. Burwinkel is a Collaborator with the University of Cincinnati’s FETCHLAB. 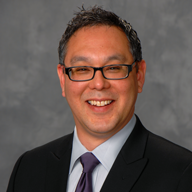 Luis Camacho, Au.D, began working for Starkey Hearing Technologies in August 2000 as a Field Sales Representative. In that role he supported Indiana, Ohio, Illinois and Kentucky. In 2008, he joined the Education & Training Department as part of the field-training team. His current duties include leading training classes for Starkey staff and customers, development of training materials and overseeing Starkey’s Audiology Online and e-learning initiatives. In 1987, Camacho received his BA in Telecommunications and Audio Engineering from Indiana University. Later, he received his MA in Audiology from Indiana University in 1991. After graduate school, he worked as an audiologist for a neuro-otology practice in Indianapolis where his duties included clinical audiology, special testing, hearing aid dispensing, marketing and public relations. In October of 2013, Camacho earned his Au.D, from A.T. Still University. 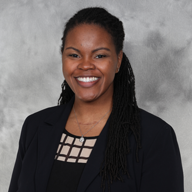 Lawanda Chester, Au.D., joined the education and training division of Starkey in early 2016. She received her Au.D. from the University of Florida and has practiced audiology in a variety of clinical settings for over 10 years. Chester began working in the hearing devices industry with a focus on education and training in 2009 and earned her trainer certification in 2012. 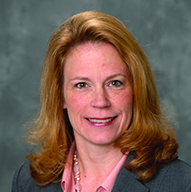 Andrea Hannan Dawkes, Au.D., joined the education and training division of Starkey in November 2010. Prior to joining Starkey, she focused her career on providing clinical services in a variety of audiology settings, including work in the area of hearing aid research. Hannan Dawke’s current responsibilities include assisting in the development of educational materials, leading training classes and assisting with course offerings through AudiologyOnline. She earned her Master of Arts in audiology from the University of Maryland at College Park and her Doctor of Audiology from the A.T. Still University of Health Sciences. 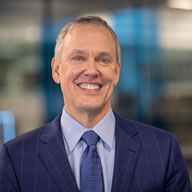 Dave Fabry received his Ph.D. in hearing science from the University of Minnesota. Subsequently, he divided his career between academic/clinical roles at the Mayo Clinic, Walter Reed Army Medical Center, the University of Miami Medical Center, and several industry positions. He served as President and Board Member of the American Academy of Audiology and was recently elected to the Board of Directors of the American Auditory Society. Additionally, Fabry has served as Editor-in-Chief of Audiology Today since 2008 and is a past Editor of the American Journal of Audiology and Section Editor of Ear and Hearing. He is licensed as an Audiologist in Minnesota, Florida, and Rwanda. 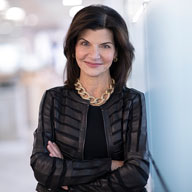 Archelle Georgiou, MD, is the Chief Health Officer for Starkey. She is responsible for Starkey’s initiative to improve individuals’ overall wellness and quality of life through our products and better hearing. She develops and maintains strategic relationships within the medical community, oversees the Healthable features embedded in the company’s hearing aids, and brings hearing health to the forefront of overall health. Dr. Archelle Georgiou is a nationally recognized physician, author, medical executive and health reporter. She earned her medical degree from the Johns Hopkins University School of Medicine and served as a senior executive and the Chief Medical Officer of UnitedHealth Group from 1995 to 2007. Since 2008, she has used Georgiou Consulting as her business platform to coordinate a diverse portfolio of relationships, clients and projects that ultimately improve health and the healthcare system. As a medical expert, she has covered over 1,200 medical topics during her weekly segments on KSTP-TV, the ABC affiliate in Minneapolis-St. Paul. Based on her interactions with viewers, Archelle Georgiou developed the CARES Model, a five-step approach that consumers can use to make healthcare decisions, and in February 2017, published her first book, Health Care Choices: 5 Steps to Getting the Medical Care You Want and Need (Rowman & Littlefield). Archelle Georgiou was trained and board certified in Internal Medicine. 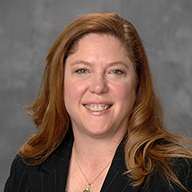 Michele Hurley received an M.S. in Audiology from North Texas State University and Au.D. from Arizona School of Health Sciences. She has been practicing for 28 years in a variety of professional roles, spending the past 21 years with Starkey in the areas of education and technical services. Hurley also speaks on numerous occasions about hearing aid technology and patient care. 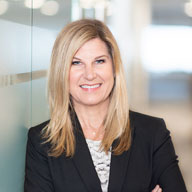 Dr. Melissa Jordan earned her Bachelors and Masters Degree from Michigan State University, and clinical Doctorate in Audiology from PCO/Salus University. She has been in the private practice setting for a majority of her career and found those patient interactions and experiences to be very rewarding. She also worked in corporate hearing healthcare centers, as well as ENT settings. Jordan is eager and excited to be on the manufacturing side of the industry where she can utilize her clinical skills to help other professionals serve their patients, and elevate the customer and patient experience from Starkey. 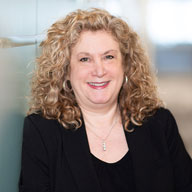 Marjorie Klaskin is an audiologist with over 20 years of experience. Prior to first joining Starkey in 2019 and then Starkey’s Education and Training team in 2022, she worked in New York City in various settings, including private practices, a large teaching hospital, ENT offices, and as a regional trainer for a manufacturer’s national retail hearing aid division. Klaskin received her Master’s degree in Audiology from Hofstra University and earned her Au.D. from A.T. Still University of Health Sciences. 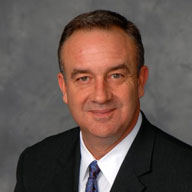 Jim Knutsen, M.A., began his career at the Portland VA Medical Center’s National Auditory Research Laboratory in 1983. He was Director of Audiology and Hearing Aids at East Portland ENT Clinic from 1987 to 2000. In 2000, he joined Starkey, and for 18 years took on numerous sales and management roles. In 2018, Knutsen moved to our Education and Training team. Knutsen has previously served on the Governors board for Hearing in Oregon, the Tri-state board of Governors (OR, WA, ID), and as President of the Oregon Hearing Society. 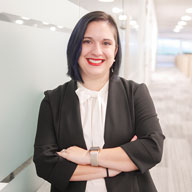 Keeley Layfield, Au.D., joined the Education and Training division of Starkey in early 2022. She received her Au.D. from Louisiana Tech University and has practiced audiology in a variety of ear, nose, and throat offices prior to joining Starkey in 2019 as part of the sales team. Layfield’s current responsibilities include assisting in the development of educational materials, leading training classes, and assisting with course offerings through AudiologyOnline. 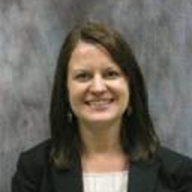 Sarah Lewandowski, Au.D., joined the education and training division of Starkey in April 2013. She received her bachelor’s degree in Speech Pathology and Audiology from Purdue University in 2007 and earned her Au.D. from the University of Illinois in 2011. Lewandowski previously worked in a Neurotology practice where she obtained extensive experience in diagnostic audiology evaluations, fitting hearing aids, surgical nerve monitoring and assessing balance disorders. 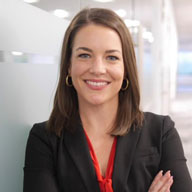 Jamie Myers Hand is a Doctor of Audiology and Product Communications Lead for Starkey. She began her career in the private practice hearing aid setting and has always been passionate about better hearing and connecting patients through innovative hearing healthcare. She has worked for Starkey for over three years, starting in a sales role working directly with hearing healthcare providers and their patients before moving into the communication and marketing department. Myers Hand has published work focusing on tinnitus prevalence and treatment cases.